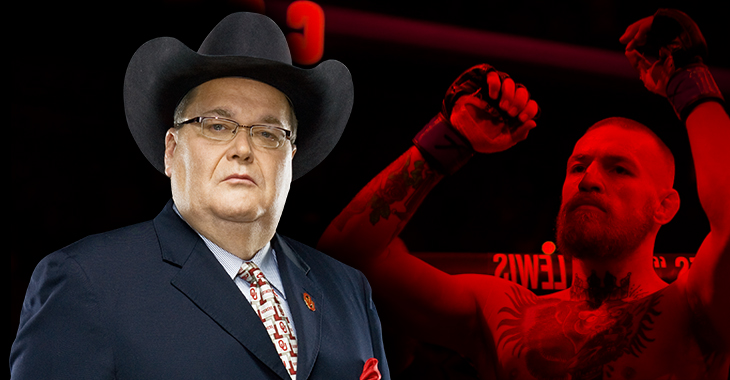 The speculation and suspense of waiting for Conor McGregor to decide just what he wants to and who he wants to fight is almost as exciting as the fight itself. Disagree or not, it’s definitely become at least intertwined in what we’ve expected in a post-Aldo knockout world. MMA, boxing or just gallivanting around in yachts, McGregor can just do whatever he wants. Wrestling legend Jim Ross thinks that sooner or later, he’ll end up in the pro-wrestling business, courtesy of a huge WWE deal by Vince McMahon.

“I know that [Conor McGregor]’s an amazing performer and an amazing talent and I have great respect for the UFC, everything they do, and him. There’s no way you could convince me that Conor McGregor would not earn a massive check from Vince McMahon some day in the future. It will not be a career deal, it will be a one-off special occasion. Massive promotion. I would suggest maybe at a Wrestlemania somewhere down the road. But the attraction is there, the marketing is there, the money is there, why not make it happen? So, I think Conor is guaranteed for that. and I also think that Conor’s dot done in the Octagon either.  I think that he’s a competitor. He likes to prove he’s the alpha male, man. — Jim Ross speaking to Colin Cowherd.

There’s no question that Conor McGregor couldn’t strut down the WWE aisle in style and profile to a gigantic pay day. Jim Ross is right, it could just be a question of when McGregor wants to put it in his schedule. Claiming he’s moving away from the money fights, he’s recently been teasing a potential title defense against interim UFC lightweight champion Tony Ferguson to bring legitimacy back to the belt.