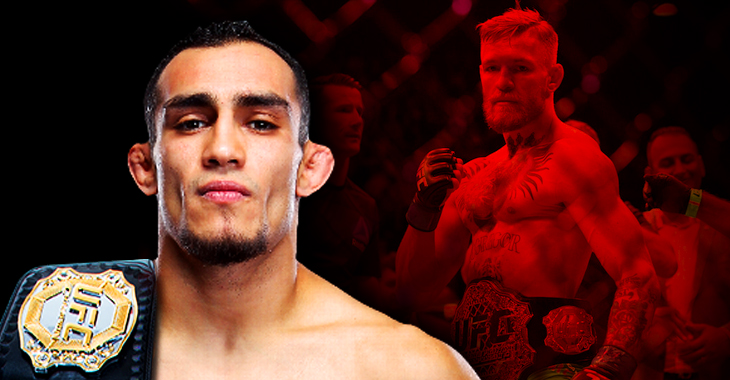 Following his victory over Lee, Ferguson proceeded to call out the current UFC lightweight champion who he referred to as “McNugget”.

Ferguson demanded that “Mystic Mac” either defend or vacate his lightweight strap during his UFC 216 post-fight speech.

Conor McGregor has not competed in MMA since defeating Eddie Alvarez via second-round knockout at UFC 205 in November of 2016 to become the UFC lightweight champion of the world.

Here is how the brash Irish star responded to Tony Ferguson via Instagram:

Who do you think would win in a title unification bout between McGregor and Ferguson? Sound off PENN Nation!