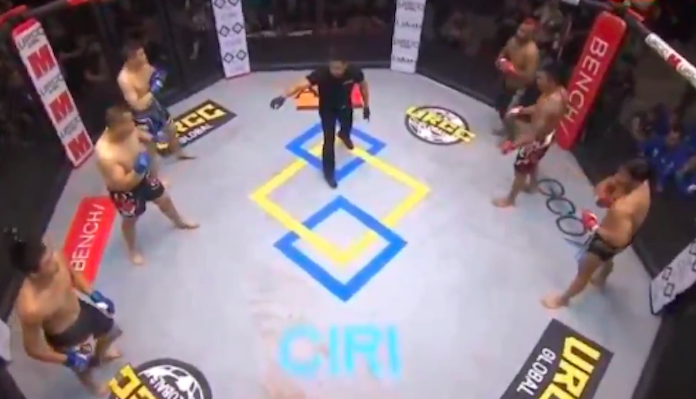 UFC Fort Lauderdale and Bellator 220 certainly produced some interesting moments, but the weirdest MMA moment of the weekend came from URCC 77 in the Philippines, which featured a wild, three-on-three brawl.

This team MMA bout pitted three fighters from the Philippines and three from China, and ended in bizarre fashion as one fighter seemed to be rattled by an illegal shot to the back of the head. These things tend to happen when there are six people fighting in one cage. See it in the video below:

URCC 77 marked the latest offering from Universal Reality Combat Championship, an entertaining promotion that has been operating out of the Philippines since 2002.

The organization has produced a number of notable Asian fighters, such as former ONE Championship titleholders Eduard Folayang and Kevin Belingon, and former UFC talent Tiequan Zhang. None of these men ever competed in team MMA under the URCC banner, however.