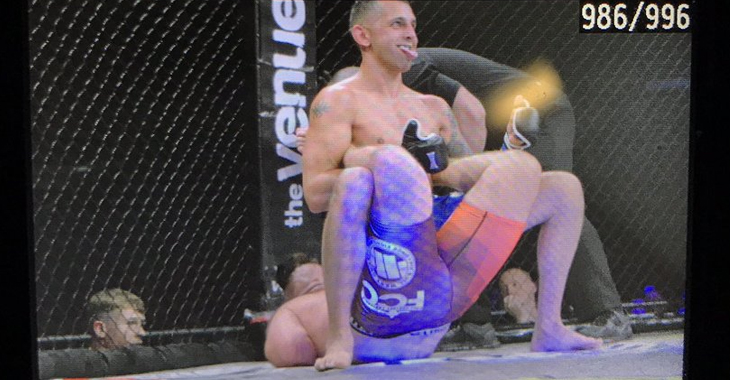 Some of you may have been sad about the lack of MMA this weekend. We all complain every once and awhile about there being so many fight cards to catch on the weekend and so little time. The UFC is taking a break until the big UFC 216 card next weekend, but today is the day that Full Contact Contender can get a spotlight thanks to Jonno Mears. This man channeled a classic pro-wrestling submission by finishing Aaron Jones with a Boston Crab in the first freaking round.

Here’s the Boston Grab / Walls of Jericho we just saw at #FCC19! pic.twitter.com/U9MaYFE4R3

Dude just won an MMA fight with the Walls of Jericho at FCC.

Someone call Chris Jericho, tell him Mears just ‘broke the walls down’ over at FCC 19. While you’re at it, someone call Triple H. If this guy doesn’t have a future in MMA, maybe he’ll be able to get a WWE contract. According to Tapology, this was only Jonno Mears second professional fight. Not many people will get noticed that early in their career, but this video of him slapping on the submission is for sure going to go viral.

I'd rather watch this clip all day long than a single down of football. #MMARules pic.twitter.com/1WK2SXje4b