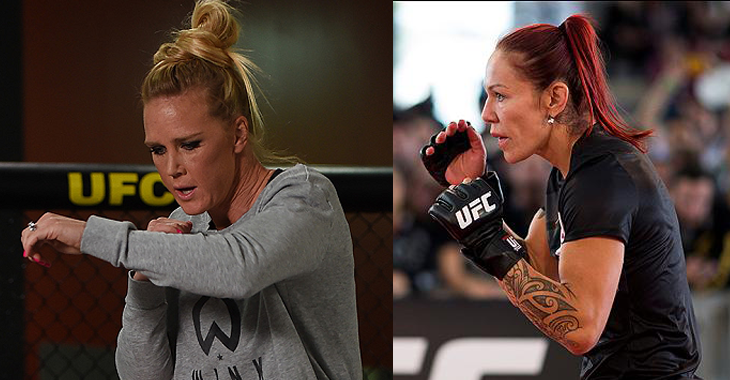 The UFC 219 fight card will serve as the final Ultimate Fighting Championship event of 2017.

The pay-per-view event is set to take place on December 30 live from T-Mobile Arena in Las Vegas.

UFC 219 currently does not have a main event but could potentially feature a trilogy bout between Nate Diaz and Conor McGregor as it’s headliner.

Conor McGregor was last seen in action this past August when he took his talents to the squared circle to fight undefeated boxing legend Floyd Mayweather.

After putting together a terrific opening four rounds, Conor would begin to fade which allowed “Money” to eventually capture a tenth-round TKO victory.

As for Nate Diaz, “The Stockton Slugger” has not stepped foot in the octagon since suffering a controversial majority decision loss to McGregor at UFC 202 in August of 2016.

Prior to that, Diaz was coming off a second-round submission victory over the Irishman which occurred at UFC 196.

Both of the previous Diaz vs. McGregor fights took place at welterweight. The potential rubber match would occur at 155-pounds with Conor’s lightweight title up for grabs.

UFC President Dana White has refuted the rumors that Diaz and McGregor will have their trilogy bout at UFC 219, but according to “Mystic Mac” it is definitely a possibility.

The Holm vs. Cybrog title fight has yet to be announced as official by the UFC.

The first marquee matchup that has been announced as official for the UFC 219 event will take place in the promotions bantamweight division as former title holder Dominick Cruz will return to action opposite surging bantamweight contender Jimmie Rivera.

Cruz was most recently seen in action at UFC 207 in December of 2016 where he suffered a lopsided decision loss to Cody Garbrandt, surrendering his bantamweight crown in the process.

Prior to the setback, Cruz had put together an amazing thirteen-fight win streak which saw “The Dominator” earn wins over the likes of Uriah Faber, TJ Dillashaw and Demetrious Johnson.

Meanwhile, Jimmie Rivera (21-1 MMA) is currently riding an amazing twenty-fight win streak, his latest being a decision victory over Thomas Almeida at July’s UFC on FOX event from Long Island.

Esparza was most recently seen in action this past June where she earned a unanimous decision victory over Maryna Moroz. Esparza has gone 2-1 since losing her title to Joanna Jędrzejczyk at UFC 185.

Meanwhile, Calvillo improved her record to a perfect 6-0 this past July by defeating Joanne Calderwood via decision. Cynthia has scored finished in four of her six professional bouts.

Also officially announced for the December 30 pay-per-view event is a flyweight bout between Hawaiian standout Louis Smolka and Matheus Nicolau.

Smolka will be looking to snap a three-fight losing skid at the event.

Check out all of the official and rumored bouts for UFC 218 below: