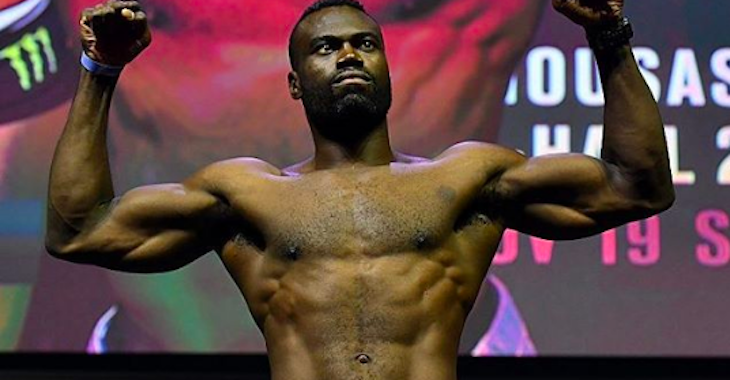 The UFC’s latest venture into St. Louis back in January was a successful night which had a couple of shining moments, but one potential Fight of the Night was taken off the card. Uriah Hall was supposed to clash with veteran Vitor Belfort. Unfortunately, Hall suffered mini-seizures and a slight heart attack during a grueling weight cut and was forced out of the bout. After the news, Dana White claimed Hall doesn’t take fighting serious and he was out in clubs a week before the fight. Coach Eric Nicksick recently responded to those allegations and he was not happy.

“It’s tough, especially when your employer is the first one to bag on you. I think what really hurt me was, [Uriah Hall] almost died for your organization. Uriah was upset. He’s like, ‘I thought me and Dana [White] were friends.’ I said, ‘Yeah, maybe, but you f-cked with that dude’s money. So don’t get all upset about it thinking you guys were all chummy. At the end of the day, none of us get paid, it was an eight-week camp. But my guy’s alive. Honest to god truth, I didn’t know if we was going to make it out. I said, ‘Don’t call the doctor – call the paramedics.'”

“He did not feel like he even had a heartbeat. His pulse was thready. He was unconscious and unresponsive. And all the while he was trying to make it down that f-cking elevator to weigh in for [Dana White]. And all he kept saying was, ‘I’ve never missed weight. I’ve never missed weight.’ Then for you to go on and bash your guy without all the facts, without hearing the story, without knowing what happened. Maybe he did [go to Los Angeles], maybe he caught wind of some things. But I was at the [Performance Institute] with him Tuesdays and Thursdays training. This was one of the best camps I’ve ever seen out of this guy. We were teed up to go and have a good performance. Something went wrong.” — Xtreme Couture coach Eric Nicksick speaking to MMA Junkie.

All parties are lucky that Uriah Hall wasn’t seriously hurt or even worse. We all know how bad weight cuts can be in these last few years. It’s a problem than just doesn’t seem to go away and there isn’t any simple solution. Regardless of how or why it happened, the promoter burying fighters is never a good look. Imagine if Hall had actually passed away due to the weight cut complications after White insulted him? We hope Hall recovers well from the ordeal and has a safer cut next time he’s scheduled in the Octagon.