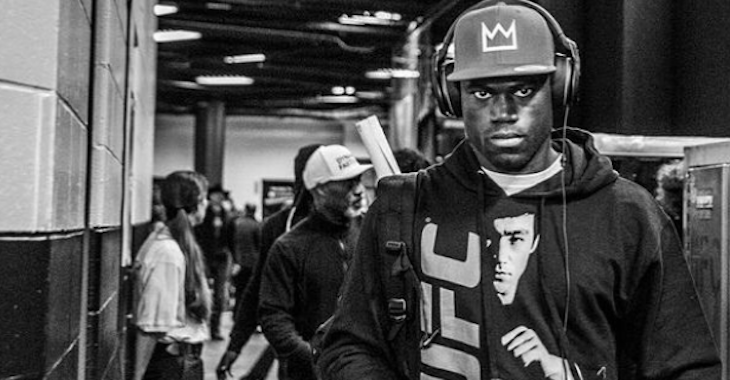 Uriah Hall was supposed to return to the cage in the co-main event of the UFC’s Saturday debut in St. Louis. Regrettably, a disastrous and harrowing weight cut nixed this plan and left him in a dire situation in the hospital.

Hall recounted this terrifying experience in a recent statement on social media.

“I know there’s a lot of miscommunication of what’s going on,” Hall said (transcribed by Hunter Homistek of FloCombat.). “People think I punked out. I definitely want to apologize to Vitor and his camp. I know it sucks to go through all that and then not fight. I’ve been there, man, but for the record, I did make weight, I just failed to make it to the scale, which sucked.”

“I don’t have to really get into details,” Hall continued. “It was a harder cut than normal because the injuries that I had didn’t allow me to really cut the weight properly. As much as I neglected my safety and my health, which was the dumbest thing to do — I will never do that again, your health is important.”

“As far as clearing up the air with [White], I heard [he said] was partying in LA, what else was I doing? [He said] I wasn’t taking my training seriously and I wasn’t following procedure, there you go,” Hall said. “You mean to tell me my entire career, all of a sudden I’m going to party in LA — it’s too funny man, oh my god, but that’s what happens when you don’t come out, like, a lot of speculations.

“I was in the hospital, of course. It was probably the most dramatic experience I’ve ever had. I mean, I was in and out of it. I was conscious, but I was unconscious. I knew what was happening but I was fighting over it. I was punching. I think I had a mini seizure and at the same time a slight heart attack. My kidneys were just not good.”

Hall then reiterated that he had every intention of fighting, but that is simply wasn’t possible. In fact, his doctor told him he could have died.

“Man, I was so ready to freakin’ throw down, but you know what? Shit happens. The doctor even said, even if I made weight, I probably would’ve died the next day because my body wasn’t having it… I did it for the fans, I did it to get paid, I did it to make sure I showed up, but at the end of the day, man, your life is not worth it.”

What do you make of Uriah Hall’s botched weight cut, and Dana White’s comments on it?