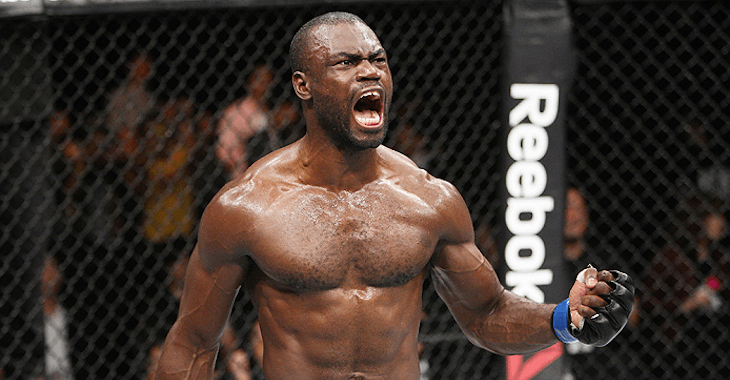 If things had gone according to plan, middleweight staple Uriah Hall would have battled the retiring Vitor Belfort in the co-main event of last weekend’s UFC St. Louis card. Unfortunately, Hall was hospitalized as a result of a botched weight cut, and forced out of this contest thereafter.

Shortly after Hall’s weight cut went awry, UFC President Dana White went off on him, suggesting he might be wise to migrate to the 205-pound light heavyweight division, where the cut would be less severe.

“What I think [Hall] needs to think about is fight at 205,” White said. “Fight at 205 or show up and do what you’re supposed to do. There’s ways to cut weight properly and safely. You need to start doing that. That’s why we are encouraging everybody to come to the UFC Performance Institute. That’s why all the guys down there do what they’re supposed to do and do it the right way, cut weight safely. The guys who don’t listen, this is what happens. And much like Kelvin Gastelum and the Johny Hendricks and the other people out there – if you can’t make that weight, then fight at the higher weight division.”

Speaking to BloodyElbow, Hall’s coach Clayton Hires discussed a possible move to 205, and interestingly, he thinks his fighter would dominate in this heavier division.

“I think he would dominate there,” Hires said about Hall’s possible move up. “There’s a couple guys you got to worry about. I think he’d be a top five. It’s something that we’re discussing.”

“He’s fine. Mishap, but you know that’s the trials and tribulations of the fight game. You’ve gotta come back strong,” Hires said. “Things happen, you’ve just gotta learn from them and grow. If you don’t grow, it happens again.”

“You get past 30 [years old] and things start changing, the body changes. That’s the way it is.”

How do you think Uriah Hall would perform at light heavyweight?