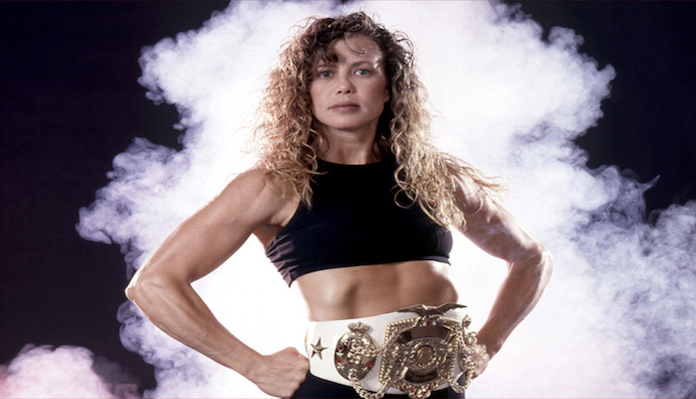 Long is a pioneer in the world of mixed martial arts. She was part of the commentary team at UFC 1, which shows you how long she truly has been in the game for. She was doing mixed martial arts before it was cool, getting black belts in Aikido and in Kung Fu San Soo in the 1980s before making the move to kickboxing in the 1990s, where she became one of the best women’s kickboxers of all time. In 1991, she was inducted into the Black Belt magazine “Hall of Fame.” She also boxed, learned Brazilian jiu-jitsu, and made her MMA debut at age 45. She won that fight and then in 2015 in Mexico she won another MMA fight at age 51. In addition, she was in a number of movies including “Batman Returns” as the stunt double for Michelle Pfeiffer and she was also in Oliver Stone’s “Natural Born Killers.”

Long was a Muay Thai instructor at the TapouT gym in Los Angeles, California when she first met Rodriguez, the UFC welterweight who returns this weekend against Perry at UFC Vegas 23. Rodriguez is 3-1 in the UFC already and has turned heads with his exciting fights. According to Long, she knew the second that Rodriguez walked into the gym how bad he wanted it because even when he was tired, he would train harder than anyone.

“He walked in and I could see the hunger in his eyes. I saw it, he wanted it,” Long told UFC.com‘s Thomas Gerbasi.

“He came to me as a construction worker by day and he trained harder than anybody else at night. And there were days he’d walk in and I could see in his eyes that he was physically and emotionally exhausted, but he’d train harder than anybody there.”

After making his professional debut in 2015, Rodriguez has since gone 13-2 and is now a member of the UFC roster. He is a late bloomer to the sport considering he is now 34, but considering Long fought until her 50s, Rodriguez has the right person backing him.

“Daniel came to me incredibly shy, but he could hit like a mule. If you had ever seen some of his amateur fights, he was knocking them out cold and he wasn’t doing it with any finesse at all. But he was in there to beat the crap out of whoever was in front of him,” Long said.

Do you think Daniel Rodriguez will defeat Mike Perry at UFC Vegas 23?