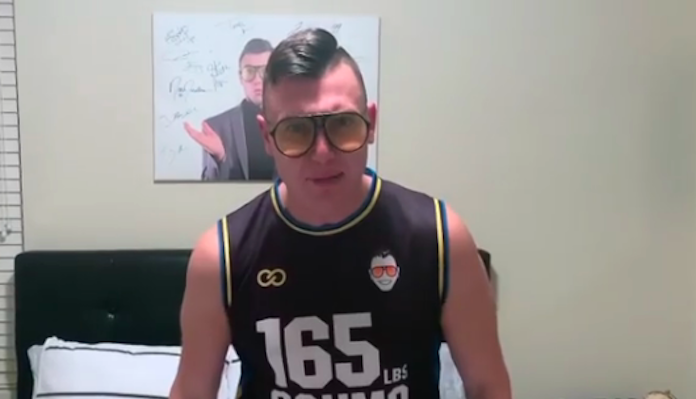 The Schmo has won over fans with his quirky and funny interviews, now he intends to win over more fans with a charity grappling match against ESPN reporter Ariel Helwani.

Self-proclaimed as “a much needed breath of fresh air in sports journalism”, The Schmo is known for his trademark yellow shades and distinct interviewing style that intrigues fighters as much as it amuses them. His “Schmo and the Pro” series featured on his Youtube channel include chats with MMA stars such as Dana White and Georges St-Pierre, as well as stars of the boxing world.

On the flip-side, Ariel Helwani is one of the longest-serving reporters in MMA. He currently works for ESPN and hosts a number of podcasts.

See the callout that started it all below:

The Schmo Challenges @arielhelwani to 165 Lbs Charity Grappling Match. Tag 🏷 Everyone you can if you want to see this happen 💥 #TheSchmovsTheNose #charity #forthefans #mma #ufc #LetsGo pic.twitter.com/TzZHz664iw

“Whats up World! The holidays are quickly approaching and it’s time to give you fans what you’ve all been looking for. The Schmo is challenging Ariel Helwani to a 165-pound charity grappling competition. $25000 to the charity of the winner’s choice. If Ariel can’t make 165 pounds, The Schmo will bulk up to 185 pounds,” The Schmo said.

“The time is now. It’s time to put some respec’ on the Schmo brand, Ariel! You have 48 hours to respond. If you beat The Schmo, The Schmo will be done covering the UFC. The Schmo vs ‘The Nose!'”

Would you be interested in seeing The Schmo take on Ariel Helwani in a clash of MMA journalists? Who do you think would come out on top?