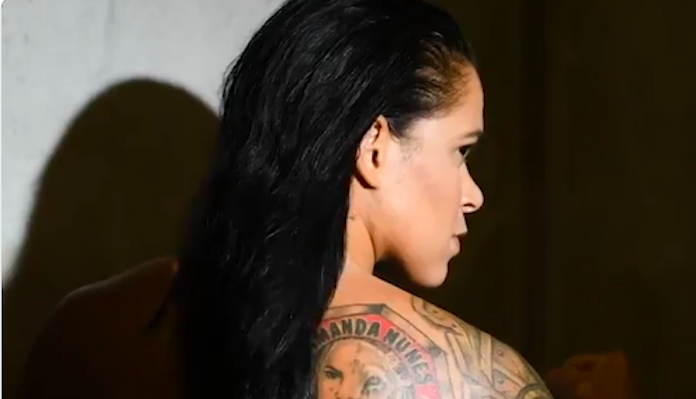 UFC bantamweight and featherweight champion Amanda Nunes is the latest fighter to strip down for ESPN’s Body Issue. The two-division champion joins other MMA stars like Ronda Rousey, Jon Jones, and Conor McGregor who have also posed for this longstanding series.

Nunes’ Body Issue spread is expected to drop in September. In the meantime, you can go behind the scenes of her photo shoot in the video below, courtesy of ESPN MMA.

Amanda Nunes last fought in the co-main event of UFC 239, when she defended the bantamweight title with a head kick induced TKO of former champion Holly Holm. In her next most recent fight, she knocked out the seemingly unbeatable Cris Cyborg to capture the featherweight belt and become a two-division champ.

At present, it’s not clear who she’ll fight next, although both she and UFC President Dana White are keen on a rematch with Cyborg.

“Nunes wants the rematch with Cyborg next,” White told ESPN’s Brett Okamoto after Amanda Nunes defeated Holm. “We’ll see if Cyborg is up for that, and if she wants to do that. And if not, there will be somebody else, there’s always somebody else.

”What do you think? Do you think I’m really not trying to make the rematch?” he added. “I’ve been putting on fights for 20 years. So do you really think I’m not trying to make the rematch? So what does that tell you. There’s not two sides of the story, there are three sides to the story. You got Amanda who says she wants it. You got me saying I’ll make it. And you’ve got the other one saying she was never offered it. You do the math on that one.”

In fact, there’s recently been reason to believe this Amanda Nunes vs. Cris Cyborg fight could happen as soon as UFC 240 on July 27.