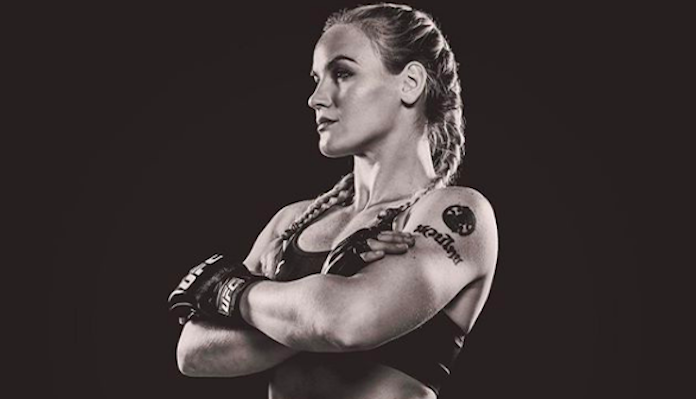 The second UFC women’s flyweight title bout in the promotion’s history takes place next month on December 8 at UFC 231 in Toronto, Ontario, Canada.

This will be the pairs first meeting inside an MMA enclosure. However, they have met three times before in the ring for Muay Thai competition. All three times have gone in favor of Shevchenko.

Now set to compete for some UFC gold this time around, Shevchenko doesn’t expect things to go much differently, and she has her reasons as to why as she told FloCombat.

Although she has made her name in the strawweight division, Joanna Jedrzejczyk was actually a flyweight prior to her career with the UFC. That potentially being only because the UFC didn’t have the division at the time that Jedrzejczyk was brought in.

Perhaps it was a good thing though because as they say, the rest is history.

Despite feeling like she will be better in her return to the flyweight division, Jedrzejczyk still stated recently that she plans to go back down to her 115-pound home of strawweight (via FloCombat).

When I lost the belt, I was like, ‘What’s now?’ It’s been a year already. I’m happy. I have a bunch of great fans. I have a life outside the Octagon. But I want to face the champion in the strawweight division next year.”

For each Valentina Shevchenko and Joanne Jedrzejczyk, their most recent fights both came at two rather distant times as Jedrezjczyk has been slightly more active than her Peruvian counterpart.

Jedrzejczyk’s last fight came at the end of July when she snapped her two-fight losing streak to Rose Namajunas by scoring a unanimous decision win over Tecia Torres.

As for Valentina Shevchenko, she fought Priscila Cachoeira in May when she returned to flyweight to get the second-round submission victory.