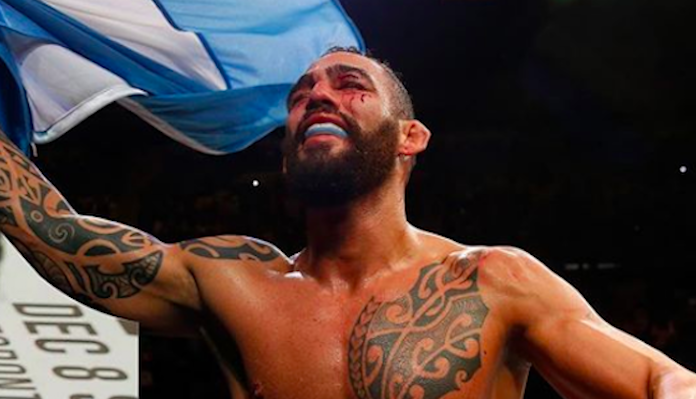 UFC welterweight contender Santiago Ponzinibbio has been removed from the official divisional rankings as a direct result of his recent inactivity.

The Argentine sensation has been with the company since back in 2013, racking up a 9-2 record in the process. He has won his last seven fights with the promotion, which has included triumphs over Gunnar Nelson, Mike Perry and Neil Magny, but he hasn’t been in the cage since November 2018 when he knocked Magny out in Buenos Aires.

While other fighters have been able to cling onto their spot within the rankings, Ponzinibbio hasn’t been so lucky after dealing with a string of injury concerns.

The welterweight division is at a point where you need to be in there fairly regularly in order to warrant a place in the top 15, and it feels like that’ll continue to be the case for many years to come.

Everyone enjoys watching Ponzinibbio as he always tends to put on a show, but the UFC hasn’t quite been able to take advantage of his clear popularity in South America. In early 2018 he was scheduled to fight now-champion Kamaru Usman in Chile, but wound up being pulled due to injury.

At UFC 245 he was also set to return to the Octagon, but this time against Robbie Lawler. However, a staph infection ensured that it wasn’t going to happen.

Once he’s fully recovered the expectation is that he’ll get back in there relatively quickly in 2020, perhaps even in the first quarter. There’s a whole string of potential challengers for him to tackle, and given the fact that he should technically only be a few wins away from a title shot, he’ll probably be put in there against some decent opposition.

For now, though, all we can do is wait and see what he does next.