UFC President Dana White has shot down talks of former light heavyweight kingpin Jon Jones returning to the Octagon in 2022.

It was recently rumored that ‘Bones’ could be returning to action at December’s UFC 282 event in a heavyweight matchup against either Stipe Miocic or Francis Ngannou.

However, according to the UFC boss, Jones’ planned comeback will not take place until early next year and or in the Spring of 2023.

“I’m hoping that we get him early next year or in the spring (of 2023).” Dana White told The Mac Life during a recent interview in Abu Dhabi.

Jones (26-1 MMA) has not competed since successfully defending the light heavyweight title with a unanimous decision win over Dominick Reyes at UFC 247 in February of 2020. ‘Bones’ would vacate the promotions light heavyweight world title just a few months later and stated his intentions of moving up a weight class to challenge reigning heavyweight champion Francis Ngannou. 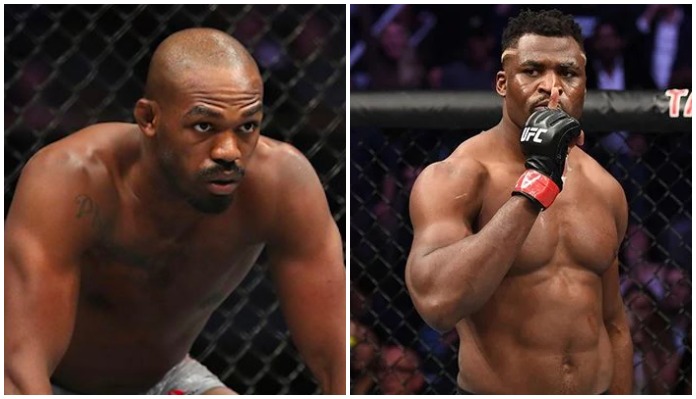 Since then, there have been many rumors regarding ‘Bones’ highly anticipated return. However, despite reports of a possible interim heavyweight title fight opposite Stipe Miocic, nothing has been made official by the promotion.

Given that Jones’ return has now been pushed back until 2023, there is a good chance that ‘Bones’ could face Francis Ngannou in his first fight at heavyweight. Ngannou (17-3 MMA), the UFC’s reigning heavyweight champion, is still in recovery mode from knee surgery according to recent reports. With that said, ‘The Predator’ should definitely be good to go by the Spring of 2023.

Who do you want to see Jon Jones fight in his return to the Octagon?