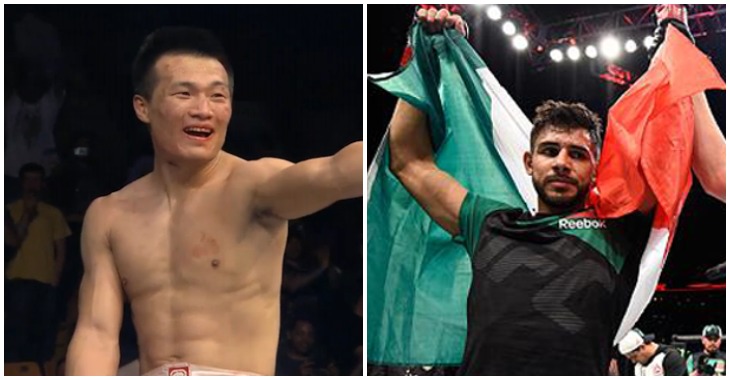 Stay glued to bjpenn.com this evening for all of tonight’s UFC Denver Results.

The event, UFC Fight Night 139, will serve as the promotions 25th anniversary show.

Yair Rodriguez (10-2 MMA) will compete for the first time since UFC 211 in May of 2017, where he suffered a second-round TKO loss to the aforementioned Frankie Edgar.

As for the “The Korean Zombie”, Chan Sung Jung has not stepped foot inside the octagon since February of 2017, when he returned from a multi-year hiatus and knocked out Dennis Bermudez. Jung’s next most recent contest occurred in August of 2014, when he came up short in a title fight with then champion Jose Aldo. The fan favorite, Chan Sung Jung, currently holds an overall record of 14-4.

Get all of tonight’s UFC Denver Results below: