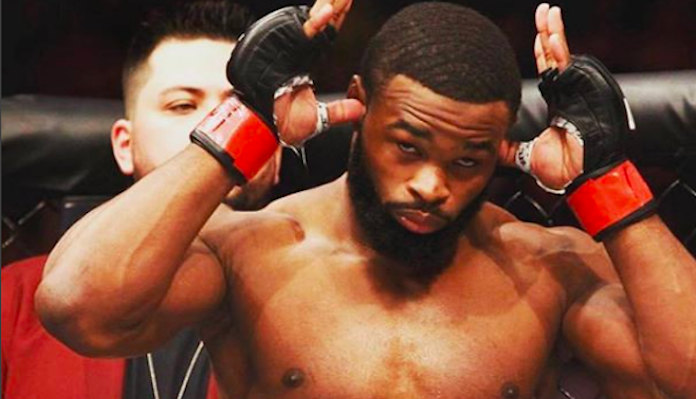 A fight between current UFC welterweight champion Tyron Woodley and former Strikeforce title holder Nick Diaz has been rumored to be in the works in the past.

Instead, Tyron Woodley would continue to dominate the welterweight ranks, most recently defeating Darren Till via second-round submission at UFC 228.

As for Nick Diaz, the fan favorite has not stepped foot inside the octagon in nearly four years. The Stockton native was most recently seen in action at UFC 183, where he suffered a unanimous decision loss to Anderson Silva. 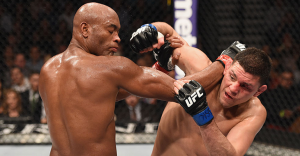 That bout was later overturned to a no-contest, this after it was revealed that “The Spider” had tested positive for banned substances. Diaz was also flagged at the event by the NSAC, this for having marijuana metabolites in his system.

UFC President Dana White recently told ESPN that the promotion was finalizing a deal to have Nick Diaz return against Jorge Masvidal at March’s UFC 235 event in Las Vegas.

“As soon as I am in a good place with what I’m working on and things look the way it should, I’ll be happy to give the fans what they need. But I think they will be OK for now with what’s out there. There aren’t any fights for me until someone stands out. I’ll fight if they can be more reasonable, but, really, I didn’t even talk about what it would or could [take]. They are the one’s tripping.”

While Nick may have shutdown talks of a fight with “Gamebred“, he did have a message for Tyron Woodley.

“I’ll walk through Woodley,” Diaz stated. “He knows it. I didn’t need to say [in response to him]. That man has a life. I fight for one, like I always have.”

As expected, “The Chosen One” did not take well to the comments made by Nick Diaz.

Tyron Woodley responded to Diaz with the following message on Twitter.

I’ll fuck Nick up and the world knows it. He punch drunk and washed up

“I’ll f*ck Nick up and the world knows it. He punch drunk and washed up.” – Tyron Woodley

The UFC welterweight title picture is currently jammed with possible contenders. Kamaru Usman and Colby Covington stand at the top of that list.

Do you think we might see a future fight between Nick Diaz and Tyron Woodley, who would win? Sound off in the comments section PENN Nation!