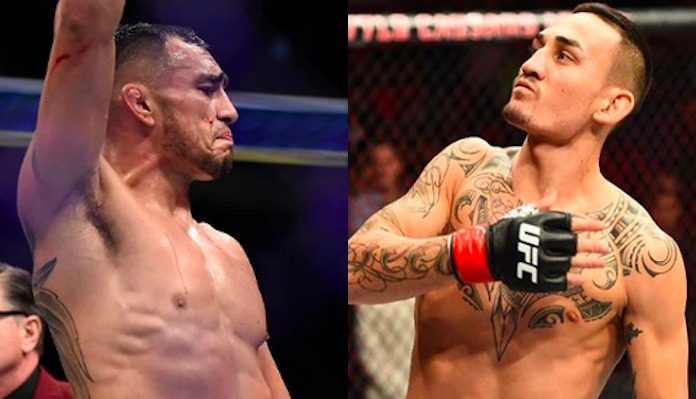 Back in February it was reported that Tony Ferguson was offered a fight with Max Holloway for the promotions interim lightweight title at tonight’s UFC 236 event in Atlanta.

UFC President Dana White would later confirm that report, this when he announced that Tony Ferguson had turned down a fight with “Blessed”, so the promotion was moving forward with a Holloway vs. Dustin Poirier rematch.

It was later revealed that Tony Ferguson had been dealing with the some health issues, which likely kept him from being able to compete at tonight’s highly anticipated event.

The former UFC interim lightweight champion, Ferguson, took to Twitter earlier this evening where he made it clear that he was not ducking the Hawaiian champion and really wanted to fight him.

“Excited for tonight’s @ufc event. To make it clear, I wanted that fight vs @BlessedMMA “Battle Of The War Wings” Would Have Been Fyre. -Champ Shit Only 🙏👣 🇺🇸🏆🇲🇽 Time For Some Interviews”

Tony Ferguson has not competed since October’s UFC 229 event in Las Vegas, where he defeated former 155-lbs champion Anthony Pettis via TKO.

When asked by a fan if he would fight Conor McGregor next, “El Cucuy” responded with the following information.

Who would you like to see former UFC interim lightweight champion Tony Ferguson fight in his next octagon appearance? Sound off in the comments section PENN Nation!