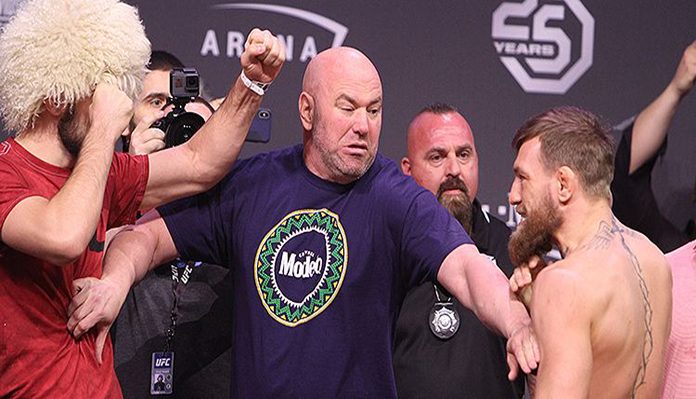 The bitter enemies have been at each other’s throats for years now but it seems that their rivalry is only getting worse.

Earlier this week, Conor McGregor took to social media where he poked fun at Khabib’s wife and religion.

Conor’s post, which was later deleted, triggered the Russian to accuse ‘Mystic Mac’ of being a “rapist”.

That controversial exchange prompted UFC President Dana White to step in and send a warning to both camps that such comments will not be tolerated.

“Thank you! However having felt it in there, I highly disagree with the “best grappler in the UFC” comment regarding Khabib. My solely defensive guard was not passed until round 4. I, along with my team, overrated his grappling greatly. The rematch will show all.” – Conor McGregor

That comment did not sit well with “The Eagle”. Nurmagomedov, who defeated Conor at UFC 229, responded to McGregor with the following.

“You and your team never won anything since 2016. You got to get som W , and we can talk about rematch #twitterwarrior”  – Khabib Nurmagomedov

It is expected that the undefeated Russian, Khabib, will face the winner of tonight’s Max Holloway vs Dustin Poirier fight next.

Do you think we will ever see a rematch between bitter rivals Conor McGregor and Khabib Nurmagomedov? Sound off in the comments section PENN Nation!