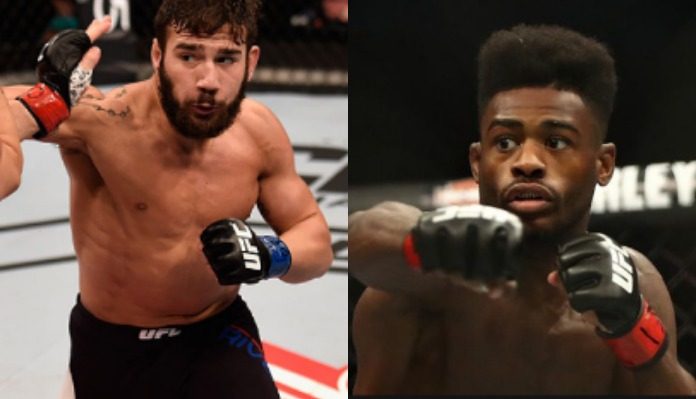 With the current champion at 135-pounds TJ Dillashaw dropping down to flyweight in the hopes of claiming a second title, his division must stay active until he returns.

And that’s just what they’ll be doing as AZCentral’s Greg Moore has reported that a top 10 bantamweight collision between Jimmie ‘El Terror’ Rivera and Aljamain ‘Funkmaster’ Sterling is on for UFC Phoenix on February 17. This card is the first UFC card to be televised on the ESPN channel.

For the 29-year old Jimmie Rivera, this will be his second bout since losing via stunning first-round head kick to Marlon Moraes. In September he rebounded off of his first loss in 10 years with a clear unanimous decision win over John Dodson at UFC 228.

Sterling also fell victim to Moraes when the two met in December 2017. Since then Sterling has been very impressive by getting wins over Brett Johns and Cody Stamann who he defeated via Suloev stretch (a modified kneebar from back mount).

It was only a matter of time before Jimmie Rivera and Aljamain Sterling would end up meeting inside the Octagon as the two have gone back and forth with each other in the past. Now, they get to settle the score at UFC Phoenix where one will inch their way closer into title contention.

As for the rest of the inaugural UFC on ESPN event, this fight makes for just the fourth addition to the card as it’s beginning to take shape. Here is what else has already been added (not all bouts have been officially announced):