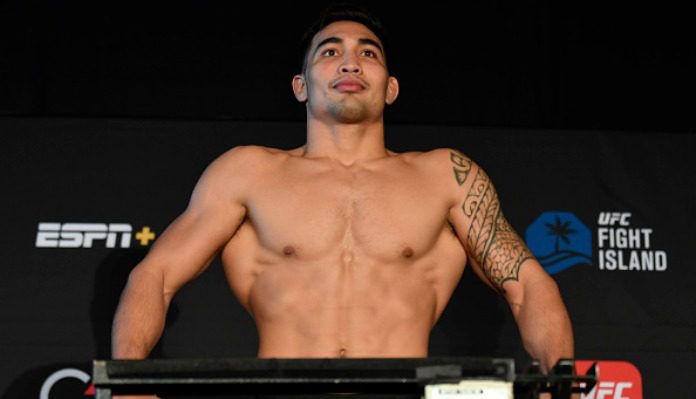 A middleweight scrap between Punahele Soriano and Nick Maximov is set to go down in February.

Multiple sources have informed BJPENN.com that Soriano and Maximov has been agreed to and signed for February 5 at a location TBD. The main event of the card has not been made or announced as of yet.

Punahele Soriano (8-1) is coming off his first career loss as he suffered a hard-fought decision loss to Brendan Allen back on July 24. Prior to that, he scored a first-round KO win over Dusko Todorovic back in January on Fight Island. The fight was first since UFC 245 in December of 2019 where he beat Oskar Piechota by first-round KO in his UFC debut. After his debut, he dealt with some injuries which kept him away from competing. He also beat Jamie Pickett by decision on DWCS to earn his UFC contract. The Hawaiian also beat Contender Series alumni, Jhonoven Pati by first-round submission in LFA.

Nick Maximov (7-0) is the protégé of Nate Diaz and had a successful UFC debut back at UFC 266 in September as he beat Cody Brundage by decision. It was his first fight since competing on the Contender Series up two weight classes at heavyweight and beating Oscar Cota by decision. The 23-year-old is a jiu-jitsu wizard and has won five of his seven fights by stoppage.

With the addition of Punahele Soriano vs. Nick Maximov on February 5, the fight card is as follows:

Who do you think wins this middleweight fight between Punahele Soriano and Nick Maximov? Let us know in the comment section, PENN Nation!