Krylov (26-9 MMA) entered the contest looking to rebound, this after suffering a decision loss to Magomed Ankalaev in his most recent effort thirteen months ago. Prior to that setback, ‘The Miner’ had earned a decision victory over Johnny Walker.

Meanwhile, Paul Craig (16-4-1 MMA) entered UFC London sporting a five-fight unbeaten streak, going 4-0-1 during that stretch. The Scotsman had earned a first round TKO victory over Jamahal Hill in his most previous effort at UFC 263. 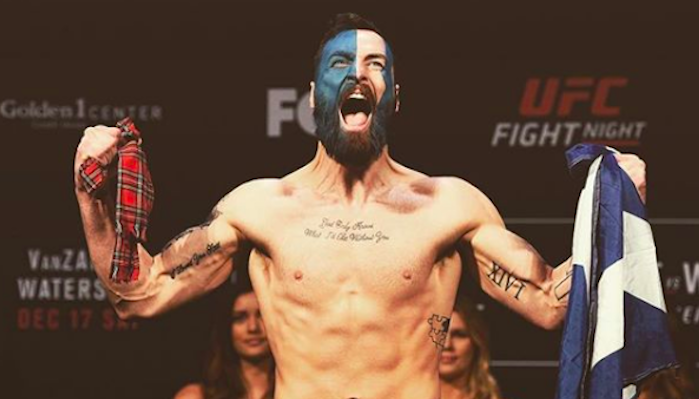 Today’s ‘Krylov vs. Craig’ bout resulted in another unbelievable come from behind victory for the Scotsman. After eating some heavy shots from Nikita on the ground, Craig was able to lock-up a triangle choke which quickly forced his Russian opponent to tapout.

Check out how the pros reacted to Craig defeating Krylov below:

How could anyone not be a fan of Paul Craig? Vintage performance. #BearJew #UFCLondon

1 mistake and that's all bearjew needs!!! Can't wait to see u again at the top!!!#wow #UFCLondon

This guy triangle is so good !!

I don’t get how he keeps pulling that off! WILD! #UFCLondon

Who would you like to see ‘Bearjew’ fight next?