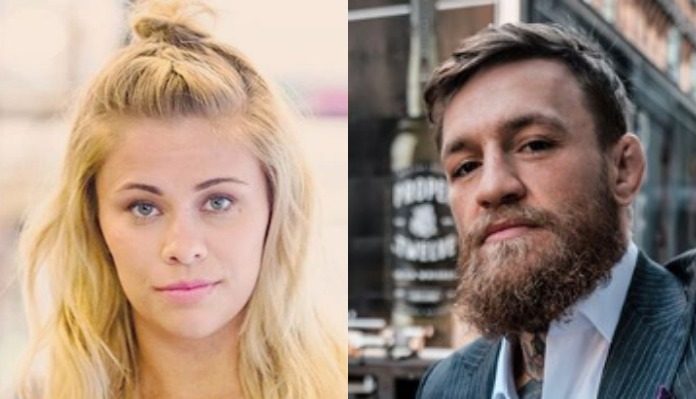 Conor McGregor is far and away the biggest star in mixed martial arts history. He’s earned bigger paydays than any of his peers, and headlined many of the biggest pay-per-views the UFC has promoted.

Not everybody, however, is a fan of the Irishman. While his skill and showmanship are undeniable, his bravado and trash talk rub many members of the MMA community the wrong way.

In the opinion of UFC flyweight star Paige VanZant, that’s the genius of Conor McGregor. He’s positioned himself in such a way that, whether you love him or hate him, you’ll tune into his fights.

“With Conor, people have either mixed feelings; they either love him or they hate him and that’s why he’s a genius,” Paige VanZant told Balls.ie of Conor McGregor. “He made himself notorious… There are a lot of UFC fighters who have way more wins than him but he was so intelligent, he was able to brand himself the way he did. He made the media work for him rather than him work for the media.”

Paige VanZant is currently gearing up for a January showdown with Rachel Ostovich. The bout will air on the UFC’s first card on ESPN+ on January 19. She has not fought since January of this year, when she lost a decision to Jessica-Rose Clark in her flyweight debut. The earlier phases of her career unfurled in the strawweight division.

Conor McGregor last fought on October 6 when he was submitted by UFC lightweight champion Khabib Nurmagomedov in the main event of UFC 229. This card would go down as the most successful pay-per-view in UFC history.

What do you think of Paige VanZant’s comments on Conor McGregor?