A welterweight bout between Nate Diaz and Anthony Pettis will co-headline next weekend’s UFC 241 pay-per-view event in Anaheim.

Diaz has not competed since suffering a controversial majority decision loss to Conor McGregor in the headliner of UFC 202 in August of 2016.

The 34-year-old Stockton native, Nate Diaz (19-11 MMA) was scheduled to fight Dustin Poirier last November at UFC 218, but ‘The Diamond’ was forced to withdraw from the bout due to injury.

Prior to losing his highly anticipated rematch with McGregor, Nate was riding a two fight win streak which saw him strangle the Irish superstar at UFC 196, and overwhelm Michael Johnson at UFC on FOX 17.

Meanwhile, Anthony Pettis is coming off of one of the biggest wins of his illustrious career, as he defeated Stephen “Wonderboy” Thompson via knockout (superman punch) in the UFC Nashville headliner this past March.

That fight marked Pettis’ welterweight debut, this after he went 2-2 in his return lightweight, which was preceeded by a rough stint at 145-pounds.

As noted in the UFC 241 Hype Video (watch that here), Anthony Pettis and Nate Diaz have a bit of a history.

The pair exchanged verbal jabs and threats back in 2014, this after Pettis submitted Nate’s longtime friend and training partner Gilbert Melendez at UFC 181 to retain his lightweight world championship.

Nearly five years later and now Nate Diaz and Anthony Pettis will finally get to settle their score next weekend in Anaheim.

Diaz spoke about his desire to fight Pettis in the aforementioned UFC 241 hype video. 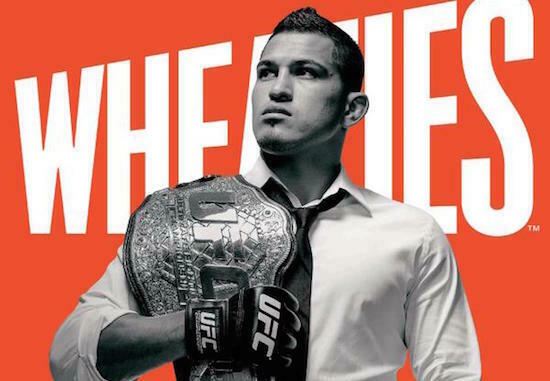 “I wasn’t happy about the stuff that was going on with him,” Nate Diaz explained. “I saw him come in and then before you know it, I turn around for a second and he is on the cover of a Wheaties box and I was like ‘hold up’. Now I’m fighting the Wheaties box dude.”

Diaz believes this fight with Pettis is a long time in the making, and is excited that it is finally about to go down.

“I was like trying to get a fight win him and was like big leaguing me. And then he comes walking my way all cool, Wheaties box guy. We should have fought a long time ago, but here we are now and I think it is all about to go down!”

Who do you think will emerge victorious when Nate Diaz and Anthony Pettis square off in the co-headliner of UFC 241 next weekend in Anaheim? Sound off in the comments section PENN Nation!