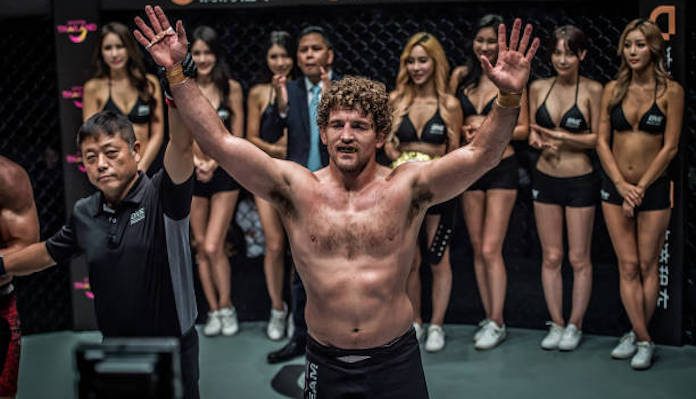 Multiple bouts have been made official for the upcoming UFC Singapore card, scheduled for October 26 in “The Lion City.”

The most notable bout to be made official for the card is the main event, which will pit BJJ ace Demian Maia against wrestling savant Ben Askren in a crucial welterweight showdown. At a glance, this matchup between a Brazilian and an American might seem like a strange choice for the UFC Singapore main event, but Askren was the long-time welterweight champion for Singapore-based promotion ONE Championship. He also trained and taught at the Singapore gym Evolve MMA, so he figures to be welcomed back as a hometown hero.

Also confirmed for the card is a lightweight bout between America’s Michael Johnson and Scotland’s Stevie Ray. The bout will serve as Johnson’s return to the lightweight division after a hot-and-cold run at featherweight. He’ll be looking to rebound from a knockout loss to Josh Emmett, while Ray will look to separate himself from a knockout loss to Brazil’s Leonardo Santos.

The UFC Singapore card has also been bolstered by two compelling heavyweight bouts.

The first of these bouts will pit former TKO champion Ciryl Gane against Don’Tale Mayes. Gane will look to move to 2-0 in the UFC after tapping Raphael Pessoa in his debut, while Mayes will be making his promotional debut after earning a contract on Dana White’s Tuesday Night Contender Series.

The second heavyweight bout tacked onto the UFC Singapore bill will pit once-beaten former Fight Nights Global champion Sergey Pavlovich against TUF veteran Maurice Greene. Pavlovich came up short in his UFC debut, losing to Alistair Overeem, but has since rebounded with a stoppage of Marcelo Golm. Greene, meanwhile, has gone 3-0 in the Octagon, defeating Michel Batista, Jeff Hughes and Junior Albini.

What do you think of these new additions to the UFC Singapore lineup?