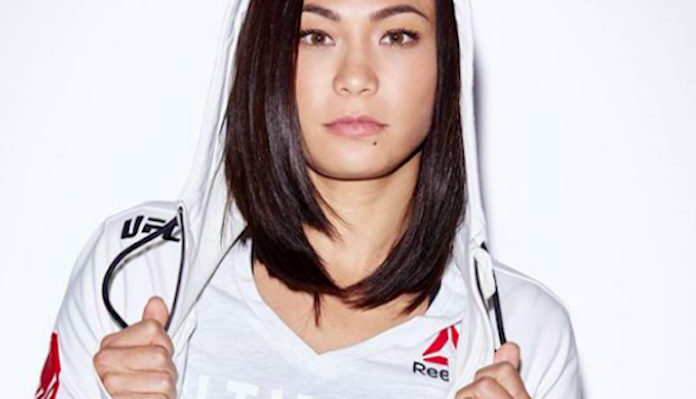 UFC strawweight Michelle Waterson has revealed the advice she was given by friend and teammate Holly Holm in the wake of her UFC Tampa loss to Joanna Jedrzejczyk.

Waterson was beaten by unanimous decision this past weekend, bringing an end to her three-fight winning streak that left the former Invicta FC star on the verge of a title shot. Following the fight it was quite clear to see that Michelle was incredibly emotional after what can only be described as a comprehensive win for Joanna Champion.

One person who can completely sympathize with Waterson is her Jackson-Wink comrade Holly Holm, who is also coming off the back of a devastating defeat.

Waterson confirmed during her post-fight scrum that Holm had the following words of wisdom to relay:

“She just said she knew it wasn’t the outcome I wanted but it was – she just said it was a lot closer than what I probably feel like it is in my heart,” Waterson said. “And that I’m still improving and that it’s still another step forward.”

Holm was beaten by Amanda Nunes at UFC 239 in a loss that marked her fifth defeat in seven fights, with many fans wondering whether or not this recent streak will cause The Preacher’s Daughter to reconsider her future in the Ultimate Fighting Championship.

In terms of Waterson, the emotion of the loss just confirms how close she believed a title shot was if she’d have been able to get the job done.

Jedrzejczyk, on the other hand, has been thrust back towards the top of the strawweight division – and rightly so. There are still some questions to be answered regarding whether or not she can contend for the belt once again, but that performance against Waterson certainly silenced many of the doubters.