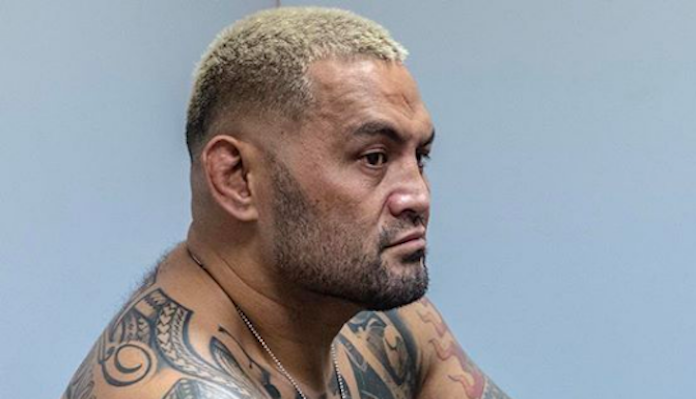 It’s no secret that Mark Hunt is not a fan of Performance-Enhancing drug use in MMA — particularly in the UFC. Now that the’s parted ways with the UFC, he’s even more open about his feelings on the issue.

“They’ve actually taken my love for fighting away because of how they promote steroids and cheaters, how they’ve done it all,” Hunt told MMA UK recently, speaking of the UFC (transcript via MMA Fighting). “They’ve pushed me out of the way, to be honest and that’s what’s taken my love for fighting away. It’s kind of sad because they should be promoting the guy that’s not cheating whereas they are promoting the cheaters of this sport, which is wrong. I actually thought Jeff Novitzky was a nice person but he’s just a sellout. You’re a sellout, bro. That’s the bottom line.”

Mark Hunt points to the drama surrounding the UFC 232 as an example of why he feels this way. The card was supposed to occur in Las Vegas, but when turinabol was detected on several Jon Jones drug tests, and the NSAC wouldn’t give him a license, the entire card was moved to LA. Hunt believes Jones received preferential treatment, and is not impressed.

“Pure example, look at the situation with Jon Jones and [Alexander] Gustafsson,” Hunt said. “Look at that situation. They move a whole freakin’ show for one cheating guy. All the fans miss out on all their airlines, all their flights, all that jazz. They miss out all because of this one idiot…

“The UFC has the best stringent testing in the whole freakin’ world but look what they’re doing. They give people four-month waivers so they can get past the tests, they’ve got these guys that say ‘The tests say has a picogram – a bit of steroids in him – but that’s from the last time we caught him.’ But he’s still got some sh*t in him. So does that mean he’s cheating? Yes, he is. Why are you even putting him to fight? The truth of the fact is, it didn’t matter whether he had a picogram now or if he had it 20 years ago, he’s still got some sh*t in him so he shouldn’t be fighting. It’s illegal. They’re promoting steroids, that’s what they’re doing.”

What do you think of these comments from Mark Hunt?