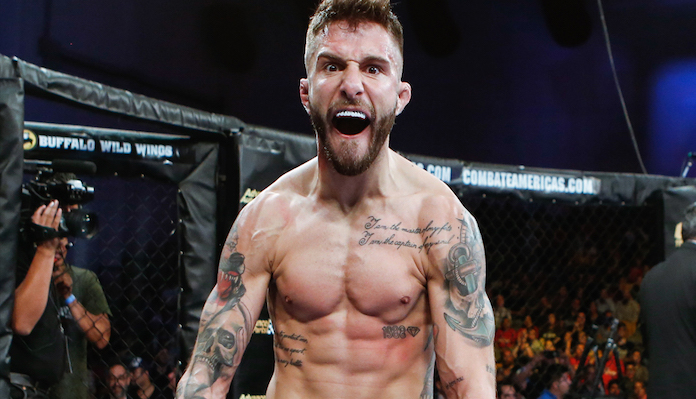 Marcelo Rojo, a UFC featherweight and cornerman of Brandon Moreno, has issued an apology for making monkey posts aimed at Deiveson Figueiredo.

Following their “fight of the year” performance, UFC President Dana White announced that the promotion would be booking an immediate rematch between Deiveson Figueiredo and Brandon Moreno.

Ahead of the highly anticipated rematch, one of Moreno’s cornerman, UFC featherweight Marcelo Rojo, shared some controversial monkey posts aimed at Figueiredo.

Rojo’s social media posts drew a ton of scrutiny and he has since issued the following apology (via Chisanga Malata on Twitter).

UFC featherweight and cornerman of Brandon Moreno issues an apology for his derogatory monkey posts aimed at Deiveson Figueiredo.

The apology, however, is a hollow one as he’s only sorry he ‘offended people’ and not sorry for the deliberate act itself. No excuse, in my book. pic.twitter.com/nq56ZbXR7q

I am sorry I offended people yesterday, that was not the intention. I respect a lot the champion Deiveson, he is the champion for a reason. He is the best in the division and we do not have any problems between teams. That was just the moment that got heated because it’s a fight! And I am responsible for that, and I am sorry… This is the fight game and tomorrow our fighters are gonna give you a great show!” – Marcelo Rojo

Deiveson Figueiredo (20-1-1 MMA) captured the promotions vacant flyweight title in July of 2020, this after defeating Joseph Benavidez by way of technical submission. He would go on to earn his first career title defense at UFC 255, scoring a first round stoppage win over Alex Perez.

Meanwhile, Brandon Moreno (18-5-2 MMA) earned his first crack at the UFC’s flyweight title after putting together a three-fight win streak. During that impressive stretch the Mexican standout had scored wins over Kai Kara-France, Jussier Formiga and Brandon Royval.

What do you think of the apology from Marcelo Rojo regarding the monkey posts he made aimed at UFC champ Deiveson Figueiredo? Share your thoughts in the comment section PENN Nation!