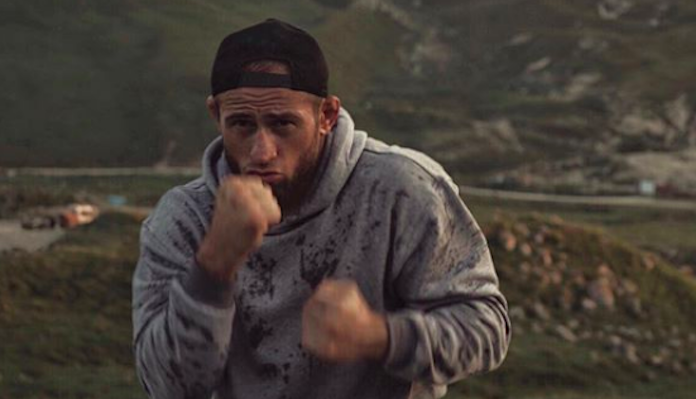 Earlier this week, former UFC lightweight and featherweight champion Conor McGregor made some scathing comments about a number of the top Russian fighters on the UFC roster, namely Zubaira Tukhugov, Islam Makhachev, and Mairbek Taisumov. This comment from McGregor, which was made on Twitter and has since been deleted, accused the aforementioned fighters of performance enhancing drug use and referred to them as “dirty, smelly rats.”

“Team Meldonium,” Conor McGregor wrote in response to a Tweet from MMA Team Dagestan. “3 on this list caught on performance enhancers in the past already. Islam, zubaira and Mairbek. Dirty smelly rats all of them.”

McCocaine the only SCARY RAT I see on this picture is YOU sitting in the corner whining and crying, calling it all business. Only things you're smashing are smartphones, busses and cocaine lines you junky! Hope to see you one day face2face⏳ #TeamTAISUMOV #McCocaine #UFCAbuDhabi pic.twitter.com/Ocf1y0OCFf

“McCocaine the only SCARY RAT I see on this picture is YOU sitting in the corner whining and crying, calling it all business,” Taisumov wrote in response to Conor McGregor, including several photos from McGregor’s UFC 229 loss to Khabib Nurmagomedov. Only things you’re smashing are smartphones, busses and cocaine lines you junky! Hope to see you one day face2face.”

As the Tweet at the top of this article suggests, Mairbek Taisumov is likely to return to action at UFC 242 this September. He’s been campaigning for a place on the card on Twitter, claiming he’s willing to fight any lightweight on the roster.

Taisumov is currently on a six-fight win-streak. Five of those victories came by way of knockout.

Conor McGregor, on the other hand, is expected to return to action this summer — that is, if the recent comments of UFC President Dana White are to be believed.

White says he will soon meet with the Irish star to discuss his future in the Octagon.

“He and I are getting together very soon, within the next week, and we’re going to figure out what’s next for him” White said on The Jim Rome Show recently. “I see him fighting this summer”

What do you make of this beef between Conor McGregor and Mairbek Taisumov?