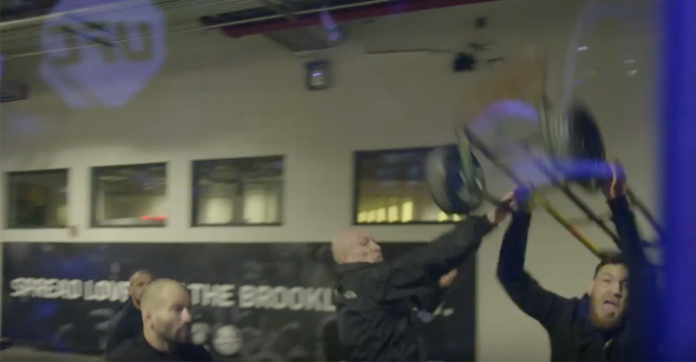 Khabib Nurmagomedov proved that he is the best lightweight fighter on the planet last weekend at UFC 229, defeating former division champion Conor McGregor via fourth-round submission.

“The Eagle” was able to utilize his strong grappling skills to frustrate the Irish superstar, this before eventually locking in a fight-ending neck crank in round four.

Unfortunately last weekend’s UFC 229 main event result has been overshadowed by the post-fight brawl the ensued shortly after the bouts conclusion.

Khabib ended up jumping out of the octagon in an attempt to attack Conor McGregor’s teammate Dillon Danis.

Nurmagomedov’s undisciplined action spawned fights to occur both inside and outside of the octagon.

The Nevada State Athletic Commission has yet to release Khabib’s $2 million fight purse. In addition to that, the commission with hold a hearing on October 24 to decide the final punishments for both Conor McGregor and Khabib Nurmagomedov. Both men have already been handed temporary suspensions.

Earlier today, the undefeated Russian spoke with Moscow’s Channel One, where he explained that the post-fight brawl at UFC 229 would have never come to fruition had Conor McGregor and his teammates not attacked the fighter bus at UFC 223 in Brooklyn (transcribed by MMAMania).

“I was offended that all the hype leading up to this fight focused on the idea that he attacked and I didn’t get off the bus,” he said in Russian. “It was a shame and I asked the Almighty for the fight to happen and the cage door to close with us in it so everyone could find out who is who. Who actually sits on the bus and who doesn’t.”

“All the other situations, it has been me with my team of about 20 people … But in the in the end I was told for media day I have to go alone, I was riding not with my team but with all the other red corner fighters on the card. So I had one man and my manager with me. When I think back there are so many questions I don’t have the answer to, did they do it all on purpose?” he asked. “In my personal opinion, I feel like the bus incident was organized with UFC’s help. I can’t accuse them, but I would give it 70% that they did it. I wanted to get off the bus and all the other fighters on the bus confirmed this in their interviews, and all the managers as well.”

Khabib continued and explained why he feels Conor McGregor and the UFC must have organized the attack.

“It all happened in a minute in a half, two minutes max,” Khabib continued. “He’s there with his cameras and his PR team with him shooting. An important point: the Barclays Center is a very big arena, a 20,000 person arena, but he knew where we were exactly. How could they have known? And how did they enter the arena with a gang of 20, 30 men? Come on.”

“Conor McGregor has nothing to do with this media event and has a gang with him but these jokers lead him and everyone to the elevator where our bus is?” Khabib shrugged disbelief. “I’m an athlete, but I’m also educated. My brain works pretty well for 15 years of fighting. I haven’t taken many shots to the head so I still have brains.”