Dana White said Khabib Nurmagomedov was “going to learn” about the struggles of being an MMA promoter with Eagle FC.

Nurmagomedov (29-0 MMA) retired from the UFC following his submission victory over Justin Gaethje in October of 2020. Since then, Khabib has turned his focus to promoting Eagle FC, a Russian-based MMA organization which he co-owns.

Yesterday marked Eagle FC’s first event on U.S. Soil and featured the return of former UFC light heavyweight champion Rashad Evans (see that here). Prior to the event, Dana White had sent a cautionary message to Khabib Nurmagomedov suggesting promoting was not as easy as it seemed.

“I haven’t talked to Khabib about his promotion at all,” White said. “He’s going to find out what it’s like to be on the other side. It’s not as fun as it seems. He’s going to learn. If he doesn’t know, he’s going to know.”

“If he calls me and wants advice, I would absolutely give him advice,” White concluded. “But I think he’s going to learn the hard way.” 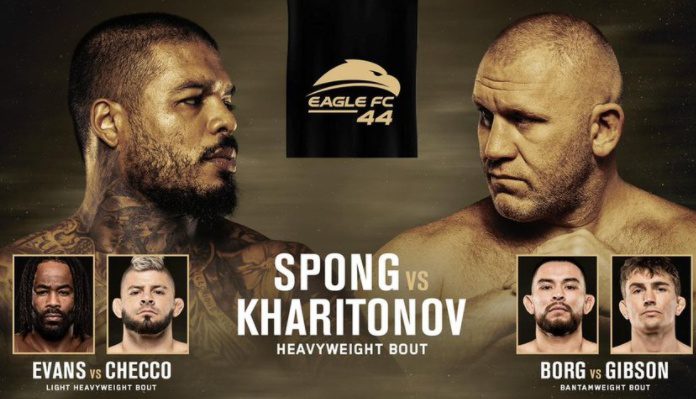 While last night’s Eagle FC 44 fight card in Miami appeared to go off without a hitch, Khabib Nurmagomedov told MMA Junkie post-event that he plans to seek the tutelage of his former employer Dana White next month.

“Nothing (about promoting is) easy, honestly,” Nurmagomedov said. “He’s right, Dana White. I’m going to have meeting next month in Vegas with him. I’m going to talk with him a lot about all this kind of stuff. I’m just beginning. How many years he have experience? He’s the best in the game and it’s a big honor for me to learn from him.”

While Khabib Nurmagomedov admits he was very nervous in the lead-up to his first U.S. based event, he was happy with how it all turned out.