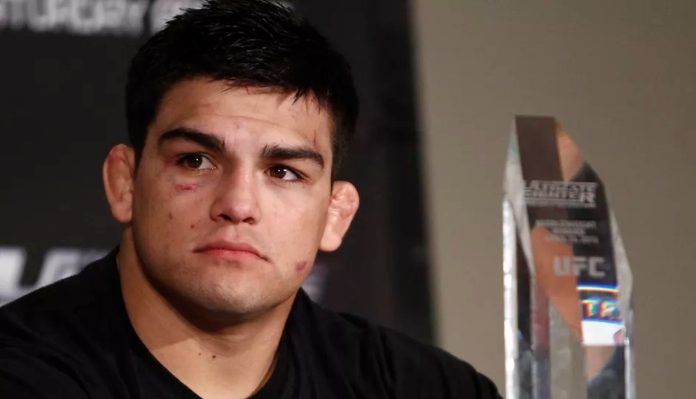 For this Saturday night’s UFC 234 middleweight title challenger, Kelvin Gastelum, he could very well go down in this history books as the youngest ever winner of The Ultimate Fighter.

On the most recent season, TUF 28, Gastelum saw himself as one of the coaches opposite his upcoming foe, the middleweight champion Robert Whittaker.

This was Gastelum’s second timing coaching on the show and despite his deep connection that it has to his career, he feels it may be time to say goodbye.

“I think people just want to see the fights. I think that’s what’s going to happen. I think the UFC needed The Ultimate Fighter and I felt like it’s a big staple of the UFC and a reason why the UFC is where it’s at today but I think they need to change it up a little bit. I think they will.”

If there has been one thing that has been most similar but still different, it’s been Dana White’s Tuesday Night Contender Series which Gastelum does believe is a nice alternative to TUF.

However, whether or not the Contender Series will run as the stand-alone prospect series for the UFC going forward remains undetermined but seemingly unlikely as UFC President Dana White has already said that TUF will continue.