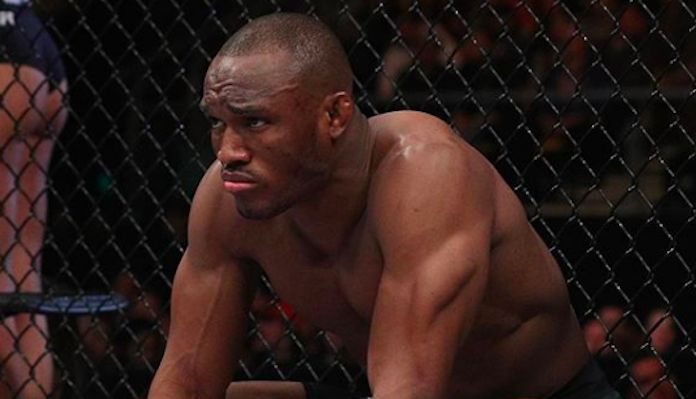 Kamaru Usman entered his title fight rematch at UFC 268 against Colby Covington with a broken hand.

Usman and Covington are heated rivals and the rematch was highly-anticipated due to how close the first fight was. However, the rematch was much different as both men were at different camps but the champ entered the fight with a major injury as he broke his hand three weeks before the scrap.

According to Usman, he was in the training room and sparring Justin Gaethje when he landed his right hand on Gaethje’s head. Unfortnately, he immediately felt pain which broke his hand.

Although Kamaru Usman allegedly had a broken hand, he still got the decision win over Colby Covington in Madison Square Garden at UFC 268. It was a hard-fought fight, but Usman was able to stuff the takedowns and outstruck him to get the decision.

Yet, Usman does admit he was mad he didn’t get the knockout, but is happy with his performance even with a broken right hand.

With the win, Kamaru Usman defended his belt for the fifth time. He is 3-0 in 2021 with stoppage wins over Jorge Masvidal and Gilbert Burns as well as the decision victory over Covington. Who he will fight next is uncertain at this time and when is also uncertain, but for now, Usman is healing up his hand.

What do you make of Kamaru Usman fighting Colby Covington with a broken hand?