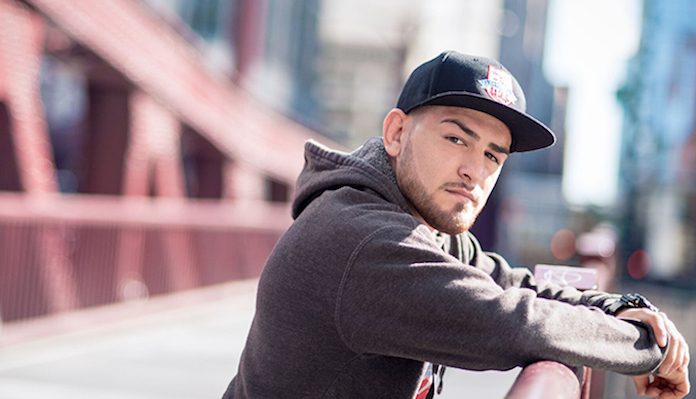 Although the UFC recently booked a flyweight title fight between divisional champ Henry Cejudo and slimmed-down bantamweight champion TJ Dillashaw, the expectation is still that the promotion will close down its flyweight division in the near future. UFC President Dana White has sidestepped questions on this topic, but the promotion has already ejected many flyweight fighters from its roster. One of these ostracized flyweights is Jose Torres.

“None of us did anything wrong,” Torres said. “We’re just small.

“[The division has] always been on UFC Fight Pass, it’s never been a main event for years,” he added. “We’ve had one main event besides the champion, and even then I think [Johnson] was a main event twice, if not three times at most. Even his record-breaking fight was a co-main event. It’s disrespectful to a guy who’s been so dominant.

“He’s just not a talker, and that’s fine — there’s nothing wrong with that. Neither was Fedor Emelianenko, but it’s the fact that the promotions helped promote him — it’s a 50/50 type of business. If you’re not gonna promote him, he’s only gonna be known by so many people. UFC never gave us a chance to really shine.”

If the UFC does disband its flyweight division, the expectation is that some flyweight fighters will be given the chance to move up to bantamweight. Despite the fact that he’s competed at bantamweight many times in the past, Jose Torres was not given this opportunity. He’s not pleased about that.

“Half of my pro wins are at bantamweight, so they know I can compete at it,” Torres said. “I’ve competed against some of the best at bantamweight, so I naturally assumed, ‘Hey, just give me a shot.’ Worst comes to worst, I lose — cut me. I’m perfectly fine with that. It shows that I can’t compete in the UFC’s bantamweight division. That’s fine. But they never gave me the opportunity.

“That’s extremely belittling for everything I’ve worked so hard to achieve, and now it’s gone because I’m a small guy.”

Jose Torres believes that one of the reasons the UFC’s flyweights were never given the proper platform is because UFC President Dana White has never been a fan of the division.

“As of right now, the president, Dana White, is just not a fan — and never, ever has been — of the flyweight division, so why really promote and spend more money on a division you never built in the first place?”

Whatever the case, Jose Torres vows that, with his UFC career over, he’ll do his part to remind the MMA world that there’s more to the sport than just the UFC .

“I’m gonna show the world there’s more than just the UFC,” he said.

Do you think the UFC should have kept Jose Torres around?