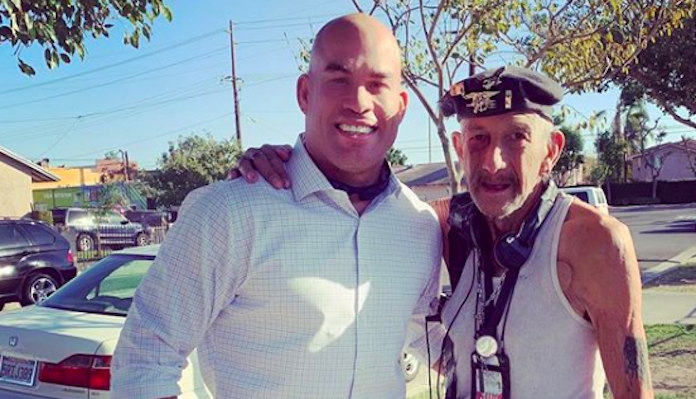 I was waiting a long time for this day. I have had to go though a lot in my life to learn how to forgive. This has been well over due ,29 years over due. This is about how drugs can ruin a father and son relationship but make the son so determined to change the cycle that’s all he could focus on. Today was the second time I seen my Dad in 9 years. The last time I seen him I was looking for an real apology for the past. From everything that we went though. I got a apology few years later but didn’t seem real. So I wasn’t ready to forgive. 5 years ago I went though the same thing that my Mom and Dad went though when I was 12 years old. After all these year I didn’t understand but now I do as a father and someone who almost lost everything. I understand that he didn’t know better. You’re only as good as you know or only as go as you have learned. I changed ,broke the cycle and now fulling forgive my father for the past. He is 79 years old and life is to short to hate someone that didn’t know better or couldn’t change. For the first time in 29 years I told my Dad I love him and he said he loved me back. He said he was proud of me. I have always wanted to hear that from him. So thank you Dad. You have made your son very happy in many way. 😊I also got to see my grandma that is 100 years old. YES 100. A beautiful great hearted woman that I love very much. It’s crazy how life comes full circle. It’s nice to have my Dad in my life again! – Tito Ortiz on Instagram

Tito Ortiz, who is the former UFC light heavyweight champion and a UFC Hall of Famer, will soon return to the cage opposite the fiercest rival of his career, Chuck Liddell. The pair will meet in the first mixed martial arts offering from long-time boxing promoter Oscar De La Hoya. The fight goes down on November 24 at The Forum in Inglewood, California.