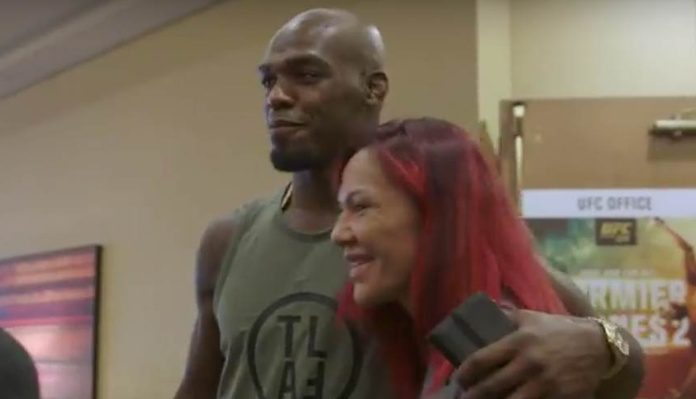 From Las Vegas to Los Angeles all on one week’s notice. And all because of one half of the UFC 232 headliner, Jon ‘Bones’ Jones.

Jones makes his return to the Octagon once again this Saturday night after some troubles with USADA. And after another recent scare due to an ‘atypical finding’ in one of Jones’ recent tests, the UFC moved the entire UFC 232 card from its original location of Las Vegas to Los Angeles, California in the Inglewood Forum.

The Nevada State Athletic Commission would not grant Jones a license to compete, therefore the UFC had to cancel the fight…or move the event for Jones to somewhere that he did have a license. Such as California, where he has a temporary.

Obviously, the change affects a whole lot more people than just Jones and his opponent Alexander Gustafsson. The fans that were planning on going to the event lost out on that opportunity and all of the fighters now have to adjust their processes accordingly.

Because of that, Jones admitted that he recently apologized to all of those who are also competing on Saturday.

“I feel good,” Jones told MMAJunkie. “I really can’t afford to feel any other way. I feel bad for the fans. I went around today apologizing to every UFC fighter that was on the card that I’ve seen in person. So far, they’ve all said that they’ve forgiven me, and I think I need to prioritize my emotions and save all the emotions for after the fight. After the fight, I definitely plan on doing what I can do to give back to fans who really lost out.”

Despite claiming his innocence throughout each and every encounter with USADA and failed testings, when hearing the initial news himself, Jones also shared that he couldn’t help but have felt a bit worried.

“Honestly, my initial reaction was ‘not again,’” Jones admitted. “It felt like a nightmare, but honestly, I think my faith in God has really, really helped me out with this situation, just believing that, ‘Hey, listen, this is all what my story is going to be. Just be with me, God, through it all, and keep me strong to handle all this.’ Some things are out of my control, and you’ve just got to learn to focus on what you can control.”

Jon Jones last fought in July 2017 at UFC 214 where he would initially win back his UFC light heavyweight title against Daniel Cormier by third-round knockout. Due to his most recent test failure though, it was overturned to a no contest and Jones was handed a 15-month suspension.