“Blessed” defended his 145-pound title in stunning fashion earlier this month at UFC 231, scoring a lopsided TKO victory over an insanely tough Brian Ortega in Toronto.

The Hawaiian’s record-setting performance extended his current win streak to thirteen in a row, and also served as his second title defense.

Following his emphatic victory over “T-City”, many fans and analysts are hoping to see Max Holloway move up a weight class to challenge the 155-pound divisions elite fighters.

With that being said, there are still some dangerous challenges left for “Blessed” at featherweight.

So without further ado, here are four possible fights for Max Holloway’s next octagon appearance. 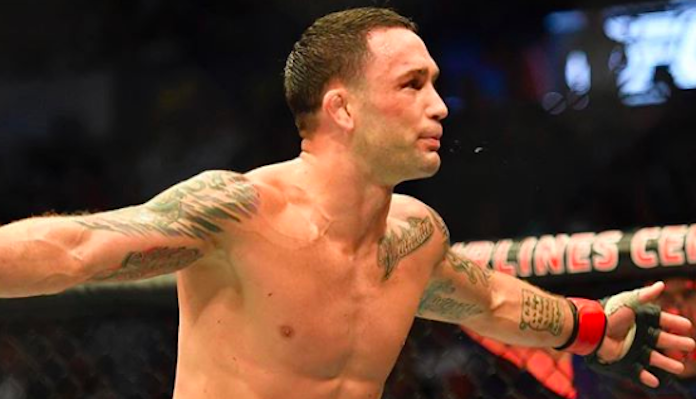 Former UFC lightweight champion Frankie Edgar (23-6-1 MMA) has already stated his desire to be the next man to challenge Max Holloway for his UFC featherweight title.

“The Answer” is coming off his second career victory over Cub Swanson, which took place at April’s UFC Fight Night event in Atlantic City.

Edgar and Holloway have already been scheduled to fight two times in the past. The pair were initially slated to collide at UFC 218, but Frankie Edgar was forced to pull out of that fight with an injury. The fight was the reschedule to take place at UFC 222, but this time it was Max Holloway who had to withdraw due to injury.

Although Edgar has gone just 3-2 over his past five fights, he does possess a unique skill set that could potentially give the “Blessed” Hawaiian some serious problems. 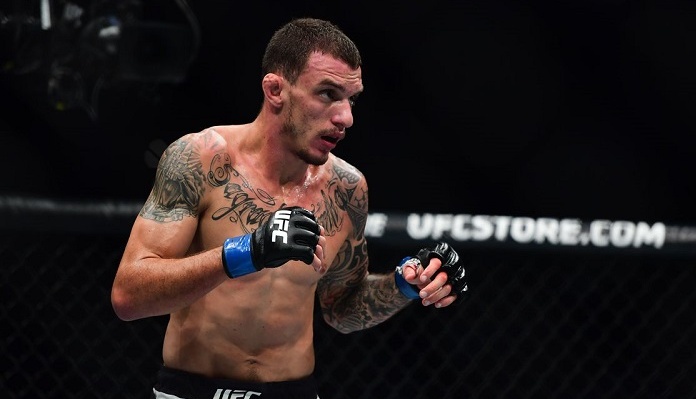 The Brazilian is coming off a first-round submission victory over Cub Swanson in his most recent octagon appearance at UFC 227.

Renato is scheduled to take on former division kingpin Jose Aldo at UFC Fight Night 144 on February 2, 2019. If Moicano can get past Aldo, a fight with Max Holloway could easily be next for the 29-year-old.

If Max Holloway does opt to move up a division for his next fight, then former UFC interim lightweight champion Tony Ferguson would be a great first opponent.

Like Holloway, Ferguson is also sporting a very impressive win streak. “El Cucuy” has strung together eleven wins in a row, his latest being a TKO victory over former lightweight champion Anthony Pettis at UFC 229.

While Tony Ferguson undoubtedly deserves the next crack at reigning 155-pound champion Khabib Nurmagomedov, “The Eagle” is still waiting to receive his punishment from the NSAC.

If Khabib receives any form of lengthy suspension for his post-fight actions at UFC 229, then the time is now to book “Blessed” vs. “El Cucuy”. 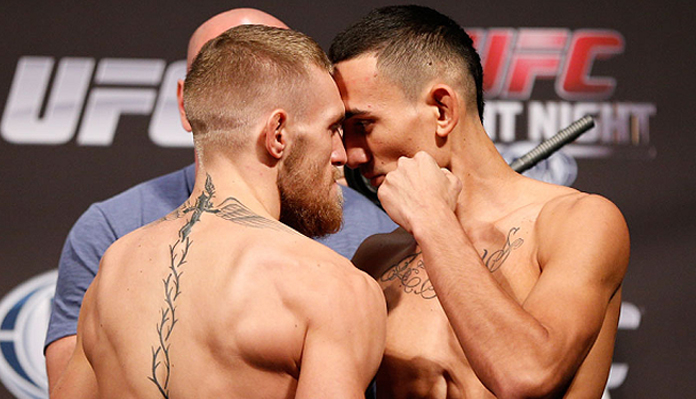 A Conor McGregor vs. Max Holloway rematch would be all sorts of fun.

The UFC standouts first met over five years ago at UFC Fight Night 26 in Boston, with Conor McGregor emerging victorious by way of unanimous decision.

After being stripped of both his title due to inactivity, Conor McGregor made his highly anticipated octagon return at September’s UFC 229 event.

Unfortunately for fans of the Irishman, Conor fell short in his attempt to dethrone current UFC lightweight kingpin Khabib Nurmagomedov that evening in Las Vegas, suffering a fourth-round submission loss.

With Conor McGregor looking to rebound, and Max Holloway in need of a challenge, this could be the perfect time for the promotion to book a rematch.

Who would you like to see current UFC featherweight champion Max Holloway fight next?