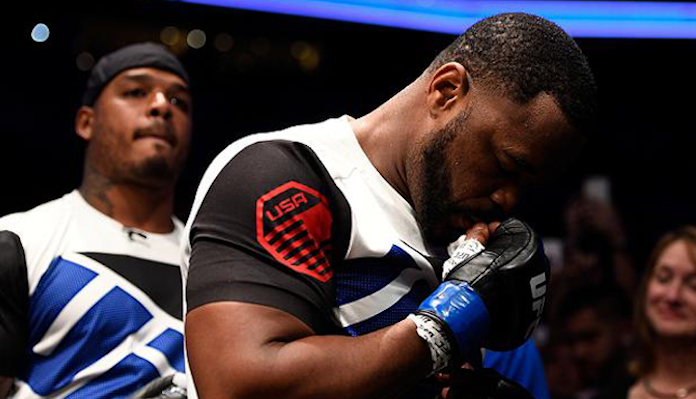 The UFC Hall of Fame continues to grow. During the UFC Rochester broadcast on Saturday, it was announced that former UFC light heavyweight champion and Ultimate Fighter season two winner Rashad Evans will be inducted into Hall of Fame’s Modern Era wing on July 5.

“Rashad and I have been close since Season 2 of ‘The Ultimate Fighter,’ and we’ve had an amazing relationship,” UFC president Dana White said of Evans. “It has been fun to see him succeed and grow as a fighter, become a world champion and then a respected coach for up-and-coming fighters, and then to see him retire last year. I love to see him still involved with UFC. I couldn’t be prouder of Rashad than I am right now with him being inducted into the UFC Hall of Fame.”

While the former champion has recently fallen on hard times, losing his last five bouts, he was once considered one of the top pound-for-pound fighters in the world.

His December 2008 victory over Forrest Griffin, a third-round TKO, kickstarted his brief reign as UFC light heavyweight champion. He surrendered the title in his first defense, suffering a brutal knockout loss at the hands of Lyoto Machida.