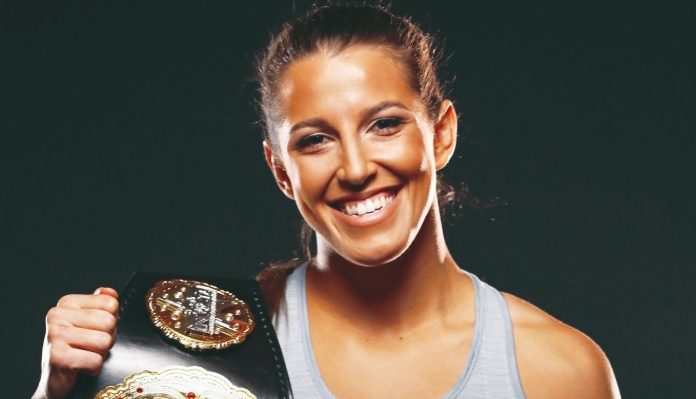 Earlier this month, rumors briefly swirled suggesting that Felicia Spencer was out of her UFC 240 fight with Cris Cyborg. Though these rumors were quickly proven to be inaccurate, several posts on Cris Cyborg’s social media channels seemed to fan the flames, so to speak.

Spencer was not happy about this.

“When I saw that Cris Cyborg or whoever manages her account shared [the rumor] and commented like, ‘hopeful [that means] ticket sales might go up,’ I was like, you know for sure this is not true,” Spencer told Bloody Elbow. “You would have been the first to know if I was out of the fight. Cris Cyborg would know 100 percent if I was not fighting her.

“So to share it like that, as if it were true or possible, I thought it was silly. I called it disrespectful. It’s not a personal thing for me, I don’t really care, but I shared that because I’m still here. I’m still going to stand in front of you in a couple of weeks. You can pretend like you don’t want to fight me — I’m not saying that she’s scared — but I’m here to fight. It is what it is.

“Why would you even share something that you know is completely untrue?”

Despite these previous rumors, Felicia Spencer will fight Cris Cyborg as planned at UFC 240 this Saturday in Edmonton, Alberta.

Speaking to BJPenn.com ahead of the fight, she predicted that she’ll stop the former champion in the first round.

“I see a first-round finish,” she told BJPenn.com. “The way I enter the cage is to get out as quickly as I can. But, not forcing anything or rushing anything. I don’t see why I can’t finish her in the first,” Spencer added. “If it goes all three I’m prepared to win every round and take her out. I’m prepared for everything and anything.”