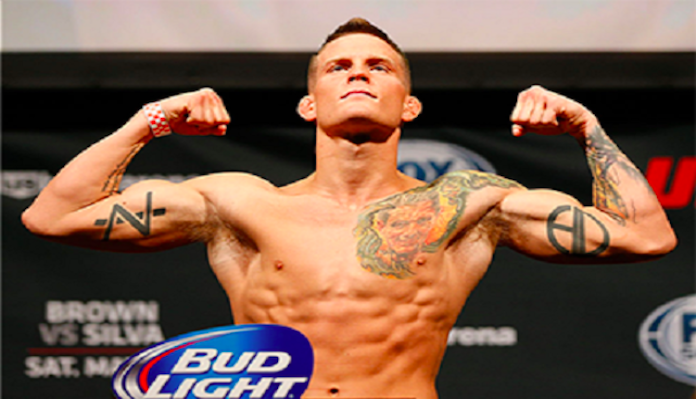 The UFC continued to purge fighters from its roster as veteran welterweight Erik Koch has become the latest fighter to exit the Octagon.

Koch (16-6) finished his UFC run with an even 5-5 record that includes wins over Raphael Assuncao, Jonathan Brookins, Rafaello Oliveira, Shane Campbell, and Kyle Stewart, who he defeated at UFC 240 in July 2019. That ended up being the last fight for Koch during his UFC career. Koch was famously granted a title shot against former UFC featherweight champion Jose Aldo back at the doomed UFC 149 event, but the fight never happened and he never ended up fighting for the belt again. Although Koch never reached championship heights, he did have a solid record overall and he won fights in three weight classes.

UFC president Dana White has promised 60 roster cuts as the UFC is looking is trim its fighter roster from approximately 660 to 600. Already, numerous veterans such as Yoel Romero and Anderson Silva have been let go, and numerous others will soon get their releases from the world’s leading MMA promotion. Many of the fighters who are going to be cut are veteran fighters and that puts fighters such as Koch at risk of being released. Again, it’s unclear if he was a straight cut or if it was a case of him fighting out his contract. Either way, the UFC wasn’t interested in bringing him back to the fold in 2021.

Where do you think Erik Koch will wind up next?