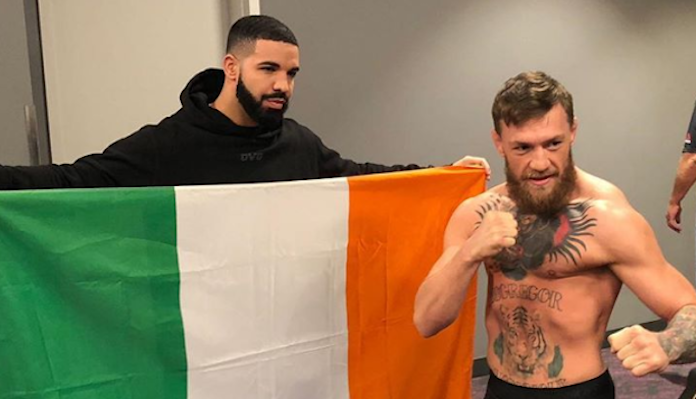 Drake has had his fair share of beef with A-list celebrities. One that takes centre stage is Drake’s ongoing beef with rapper and Kanye West’s homie, Pusha T. Their feud culminated in a diss track called The Story of Adidon, released by Pusha T in 2018. The song took aim at the Canadian rapper’s behaviour and claimed that he has a secret love child.

In an interview with Rap Radar, Drake reflected on that “checkmate” at the hands of Pusha T, and even compared his loss to the career of UFC star Nate Diaz.

“I tip my hat to the chess move,” Drake said. “It was a genius play in the game of chess and definitely warranted my first ‘loss’ in the sport of rapping. By choice, obviously, because I bowed out after realising the gap between us allowed for him to drop a bomb on the world.”

Drake revealed he was working on a diss-track response, but he sights a large gap in the popularity of both rappers as contributing to the decision to bow out.

Also in The Story of Adidon diss track, Pusha-T mocked the OVO star’s terminally ill sound producer, Noah “40” Shebib. Drake found this crossed a certain line and was another contributing factor that lead him to pull out of the fued.

“This is a sport at the end of the day, and you know from a very early point, I’ve never shied away from defending myself,” Drake said. “And I’m also sometimes eager to engage if I feel that you want to be slick or be offensive behind the scenes. I might choose to address it in music.

“That’s just the sport of fighting. Somebody’s gonna catch you at some point unless you’re Floyd [Mayweather] pretty much. But for the rest of us, you’re gonna get rocked one time by something you didn’t expect. So that’s just kinda how I chalk that situation up.”

Do you think Drake and Nate Diaz share similarities in their stories?