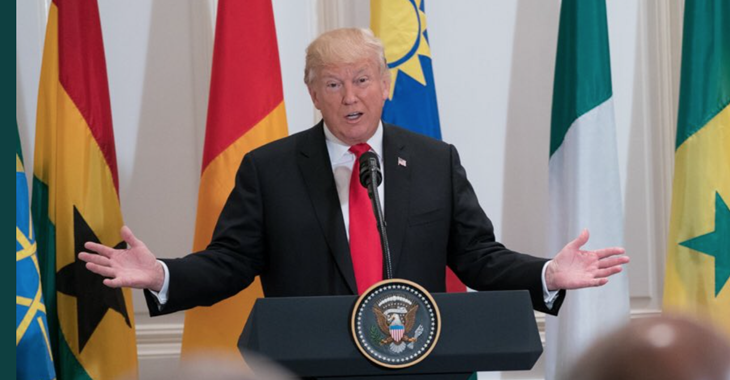 Present Donald Trump recently made headlines in Vegas when he accused Democrats of abandoning Israel, while claiming that asylum seekers looked like UFC fighters.

Trump started his speech off by referencing Minnesota Democrat Ilhan Omar, who has suggested that politicians supporting Israel were doing so out of financial motivations.

Donald Trump then turned his attention to the asylum program, which he referred to as a scam. The President alleged that lawyers are simply coaching tough, violent men through the process.

“Some of the roughest people you’ve ever seen, people that look like they should be fighting for the UFC,” Trump stayed, referencing the Ultimate Fighting Championship. “They read a little page given by lawyers that are all over the place — you know lawyers, they tell them what to say. You look at this guy, you say, wow, ‘that’s a tough cookie.'”

The Ultimate Fighting Champion will hold their next event, UFC 236, on April 13 in Atlanta, Georgia.

What do you think of Donald Trump’s recent comments referencing the appearanzce of UFC Fighters? Sound off in the comments section PENN Nation!