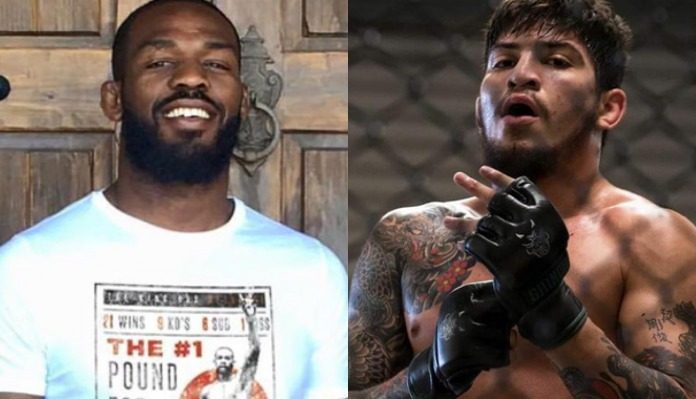 On Thursday, the grappling specialist took to Instagram, where he shared a clip of his callout of his previous callout of Jon Jones.

“If you get past Gustafsson I’ll be waiting kid,” Danis said in the caption for this post.

As Dillon Danis suggests, Jon Jones is gearing up for a showdown with Alexander Gustafsson. The bout will headline UFC 232 this Saturday night.

Jon Jones will enter this fight having not fought since July of 2017, when he knocked out Daniel Cormier. Unfortunately, this bout was quickly ruled a no contest when it was announced Jones had failed a drug test. The title was returned to Cormier, and after more than a year of deliberation, the United States Anti-Doping Agency (USADA), handed Jones a 15-month suspension. Because this suspension was retroactive to the date of his failed test, he was eligible to compete again at the end of October. He’s 22-1 (1) overall.

Jon Jones and Alexander Gustafsson first met in the main event of UFC 165, in 2013 in Toronto. On that night, Jones walked away with a unanimous decision win, though many fans felt Gustafsson should have been awarded the decision. Whatever the case, the bout is widely regarded as one of the best in UFC history.

Dillon Danis made his MMA debut earlier this year, when he submitted Kyle Walker in the first round of a fight under the Bellator banner.

Does a fight between Dillon Danis and Jon Jones interest you?