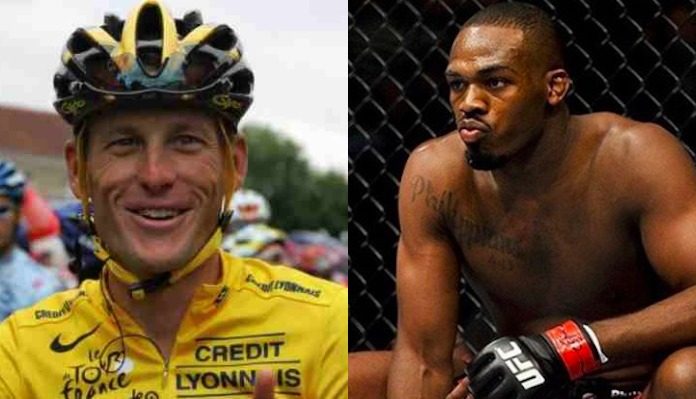 UFC VP of Athlete Health and Performance Jeff Novitzky has been adamant that the trace amounts of turinabol detected in a recent Jon Jones drug test are due to Jones’ previous ingestion of the banned substance, and not due to a more recent re-ingestion of it. On Thursday afternoon, the UFC exec appeared on the Joe Rogan Experience to further argue this point — but infamous American cyclist Lance Armstrong isn’t buying it.

When Joe Rogan took to Instagram to promote Jeff Novitzky’s upcoming appearance on the Joe Rogan Experience, Lance Armstrong piped up in the comments with some choice words for the UFC exec.

“AKA the Star F***er,” Lance Armstrong wrote in his scathing comment about Jeff Novitzky (h/t MMA Weekly). “Couple of questions. Why the double standard for Jones and others? And let’s get right to it, what does the science and scientists say? I think I know the answer, but let’s let the star f***er speak to it.”

See a screenshot of this comment from Lance Armstrong below (via MMA Weekly).

Lance Armstrong, to remind, has some history with Jeff Novitzky.

In his former role with the the U.S. Food and Drug Administration, Novitzky was a key player in the case against the multiple time Tour de France winner, who was later outed as long-time user of performance enhancing drugs.

What do you think of this comment from Lance Armstrong?

Stay tuned for further information on this developing Jon Jones story as it emerges.