Home » MMA News » UFC » Darren Till reflects on his loss to Derek Brunson:... 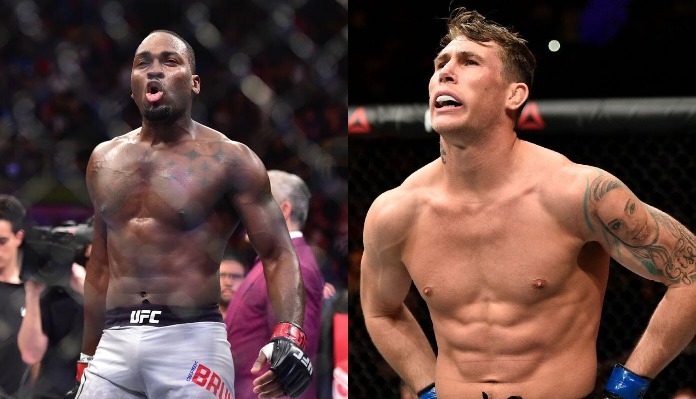 UFC middleweight Darren Till has reflected on his loss to fellow contender Derek Brunson last September.

With four defeats in his last five fights, Darren Till knows better than anyone that he needs to turn things around inside the Octagon. “The Gorilla” has been touted as a future champion both at welterweight and middleweight but in recent times, he hasn’t been able to showcase what he’s all about.

His last fight took place six months ago and on that night in Las Vegas, he was submitted and humbled by Derek Brunson in a bout many favoured Till to win.

Now, in a recent interview with ESPN, Till has opened up about what went down against Brunson.

“It was tough to take, it was real tough to take. I’m not disrespecting Derek in any way, shape or form, Blonde Derek Brunson was doing a job, but when I was in there with him, I didn’t feel myself. I felt sloppy and he just felt so slow. Even his takedowns and his striking – for me, if this was in the gym, I’d have f***ing broke his skull. I know he’s gonna see this and say no you’re chatting, but I just couldn’t identify myself in there. At the same time, in my opinion, that night Derek was just the better fighter.”

“I still wanna give him his props, he beat me fair and square, the better man and the better fighter that night. But it was tough for me to take.”

Till has recently been training with Khamzat Chimaev and looks set to return to the cage at some point later this year.

Do you think Darren Till still has what it takes to become a champion in the UFC? Who will his next fight be against? Let us know your thoughts down in the comments, BJPENN Nation!