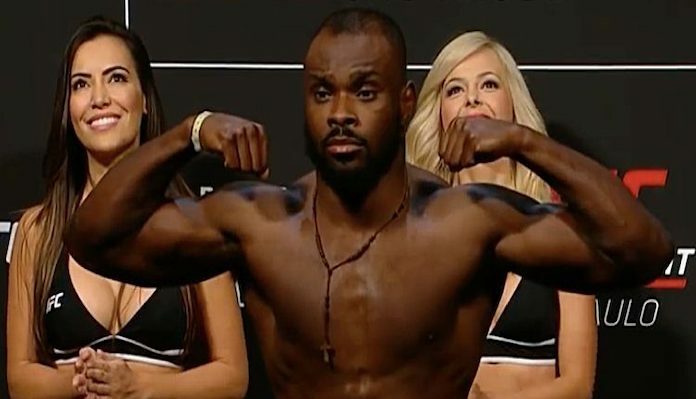 Stewart was brutally finished with strikes by Dustin Jacoby in the first round of their light heavyweight bout at UFC Vegas 35 this past weekend. It was Stewart’s second straight loss following a unanimous decision defeat to Eryk Anders in June, and overall he is winless in his last four fights with a No Contest against Anders earlier this year and a split decision defeat to Kevin Holland last year. Overall in the UFC dating back to his debut in the promotion in 2016, Stewart holds just a 5-7, 2 NC record while fighting inside the Octagon.

Just days after Jacoby knocked Stewart out, the UFC gave him his walking papers from the world’s leading MMA promotion, according to a report from MMAFighting.com. Stewart was removed from the UFC rankings earlier this week and anytime that happens, a fighter has either been cut or their contract ran out. In this case, the UFC has released Stewart.

Stewart (12-8, 2 NC) had an interesting UFC career and one that lasted far longer than anyone could have expected. From 2016 to 2018, Stewart went 0-3, 1 NC in the Octagon, but the promotion decided to give him another chance and he made good on it. From 2018 to 2019, Stewart won four of five fights as he cemented his place in the UFC middleweight division. However, he struggled to maintain consistency and after losing several fights at 185lbs he moved back up to 205lbs which turned out to be a bad move for his career. Now that Stewart has been cut, it will be interesting to see what promotion signs him next.

Do you agree with the UFC releasing Darren Stewart or do you think he should have gotten another fight in the Octagon?