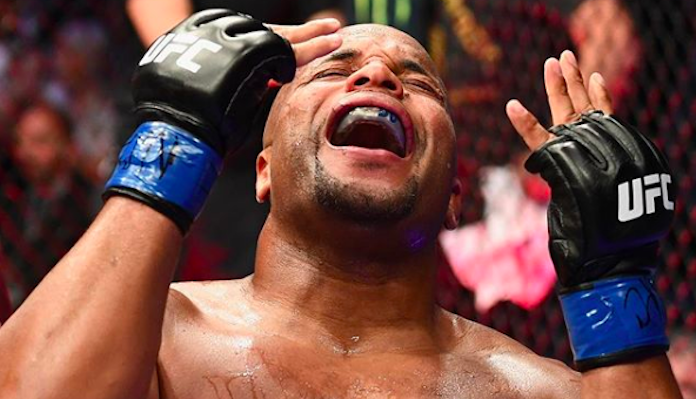 Daniel Cormier is sharing ‘one of the biggest mistakes’ being made in MMA judging.

Cormier, who retired in 2020, is a former professional mixed martial artist, amateur wrestler, and current commentator for the UFC. Cormier is also a former UFC Light Heavyweight and Heavyweight Champion.

“They don’t understand what it takes to get to that position (holding a fighter against the cage)… It is so difficult to control someone in that area of a fight. It’s taxing, it’s exhausting and it’s hard. The reality is I watched it happen twice. It was the (Eryk) Anders fight also… It seemed as though Anders was landing, maybe not as much, but he was controlling all of the instances in which they came together. All of the grappling. Grappling isn’t limited to being on the ground. I think that is where one of the biggest mistakes is happening with the scoring.”

Daniel Cormier believes that judges are only scoring points for grappling when the fighters are on the ground – which he feels is a mistake. ‘DC’ went on to say how taxing it is on the body holding a fighter in position, even up against the cage.

Laura Sanko revealed to Cormier that she had also spoken with former UFC referee, John McCarthy about judging in the UFC and the Holly Holm fight. When Cormier asked Sanko what McCarthy’s opinions were, Sanko said (h/t Sportskeeda):

“I will tell you this. He (McCarthy) was in the agreement that she (Holm) won the fight. Here’s what I really want you to take away and what seems hard for people to accept… He said there was not an incorrect way to score the third round. There was not enough. It was very acceptable to have Vieira win that round and acceptable enough for Holm to win that round.”

The Holly Holm (14-6 MMA) vs Ketlen Vieira (13-2 MMA) bantamweight main event recently took place on May 21st. It was Vieira who won the battle by decision. Many felt that Holm was ‘robbed’.

Whether you agree with Cormier that MMA judges have to change their method of scoring or not, you can’t ‘undo’ the fights that have already taken place.

Do you believe the judges have to change their way of scoring when it comes to ‘grappling’ in the Octagon?