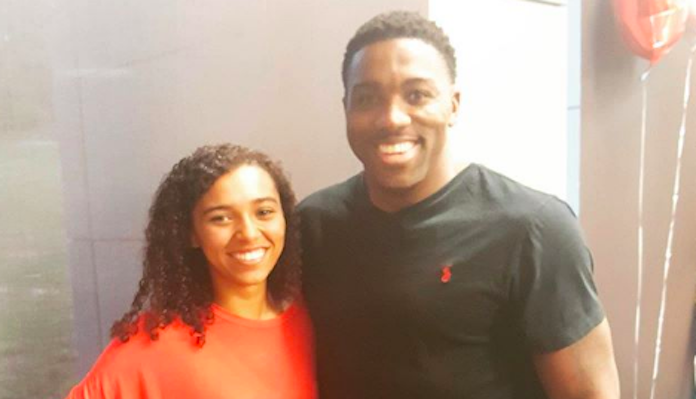 Earlier this week, the MMA world was rocked by the tragic news that a body found in Macon County, Alabama was believed to be that of missing 19-year-old Aniah Blanchard — the daughter of UFC heavyweight Walt Harris.

On Wednesday, UFC President Dana White took to social media to inform fight fans that the remains discovered do in fact belong to Blanchard. The UFC boss also shared his condolences with Harris, the rest of Blanchard’s family, and every member of the combat sports community who was praying for Blanchard’s safe return home.

“Law Enforcement has confirmed to us that it is Aniah that they found.
I’m devastated to hear this news. I’m heartbroken for Walt and his family. Thank you everyone for the support including the local and state Alabama law enforcement, media, athletes, managers and fans. My condolences go out to everyone that was touched by Aniah’s story and tried to help bring her home.” – Dana White on Instagram.

This heartbreaking news also drew reactions from a number of high-profile fighters, including heavyweight contender Alistair Overeem. Overeem was initially scheduled to fight Harris in the main event of the UFC’s imminent return to Washington D.C., but Harris withdrew from the fight when Blanchard disappeared.

“Speechless… my condolences to Walt and his family.” – Alistair Overeem on Instagram.

At present, three suspects have been arrested in connection with the disappearance and death of Aniah Blanchard. Stay tuned for more details on this tragic story as details emerge.