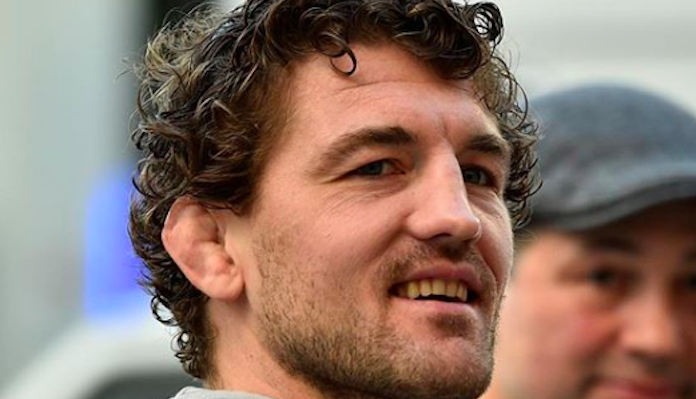 Believe it or not, it has happened. Former Bellator and ONE Championship welterweight king Ben Askren has finally made his way to the UFC.

Now that he has made it, he’ll need someone to make his debut against. When asked about who Askren will fight first, UFC president Dana White responded to TMZ with the following.

“I don’t know, we’re still working on it. Obviously, he’s going to come into the welterweight division, 170 pounds, he’s undefeated, he’s their champion. We’re excited about it. He’s definitely going to fight somebody in the top five.”

White may not have one specific name in mind for Askren just yet…but neither does Askren. In fact, he has several.

Since the news of was first reported that Askren would be making his way over to the UFC as part of ‘the trade’ with ONE Championship, Askren has called out pretty much everyone and anyone. Names have ranged from the likes of Darren Till, Jorge Masvidal, Nick and Nate Diaz, Stephen Thompson, Conor McGregor, Georges St-Pierre, UFC interim welterweight champion Colby Covington and UFC lightweight champion Khabib Nurmagomedov.

The 18-0 undefeated Askren has always been full of confidence and is willing to take on all comers. Which makes White’s job a whole lot easier.

So realistically who could it be? Let’s just look at the options just listed first of all. McGregor is a clear no along with likely either Diaz brother. GSP and Nurmagomedov reportedly have a bout of their own in the works. Masvidal is ready to return and although he is not a top 5 contender, he has been offered a fight with Nick Diaz.

The most recent title challenger, Till has gone back and forth with Askren the most but has stated that he will be making the move to middleweight next. This just leaves Thompson and Covington who both haven’t fought too recently but are ready to.

Who would you like Askren to make his UFC debut against?