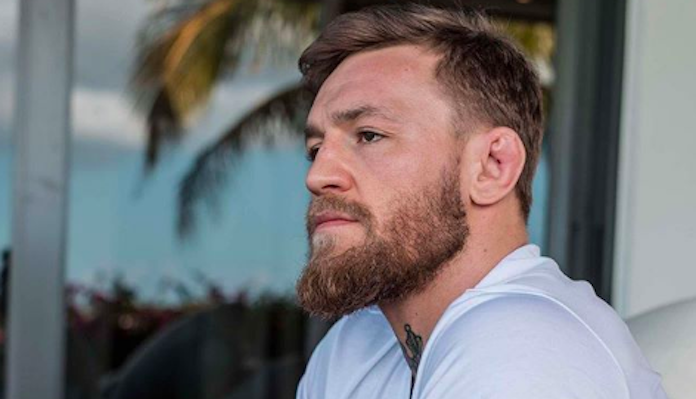 Ever since Conor McGregor lost to Khabib Nurmagomedov at UFC 229, there’s been question as to whether or not he’ll ever return to the Octagon. While he seems to be quite interested in doing so, it’s hard to ignore that he’s making mountains of money outside of fighting and has no fiscal reason to return to this face-punching racket.

Whatever the case, Conor McGregor definitely seems to be a fan of the UFC’s new belt design.Speaking on Twitter on Friday morning, the Irish MMA star reacted to the new belt.

According to Dana White, this comment from Conor McGregor is but the latest piece of evidence suggesting that he plans to fight again. White says he speaks to the Irishman often, and that he’s still very motivated to compete.

“It’s one of the main things I love about Conor McGregor: The belt means a lot to him and being a world champion means everything to him,” Dana White said, speaking with ESPN in an Instagram Live segment today (transcript via The Mac Life). “I love it. … 100 percent (it’s still everything to him). 100 percent.”

“When a guy starts to make crazy money, life-changing money and he’s in one of those positions where he’s not just making it from the fights -– he’s making it in other businesses that he has going on right now -– you find out what people are all about, how passionate they are about what they do when the money comes,” White added later. “Conor and I still communicate regularly and he’s very fired up about coming back and becoming a world champion again.”

What do you think? Will Conor McGregor ever fight again?