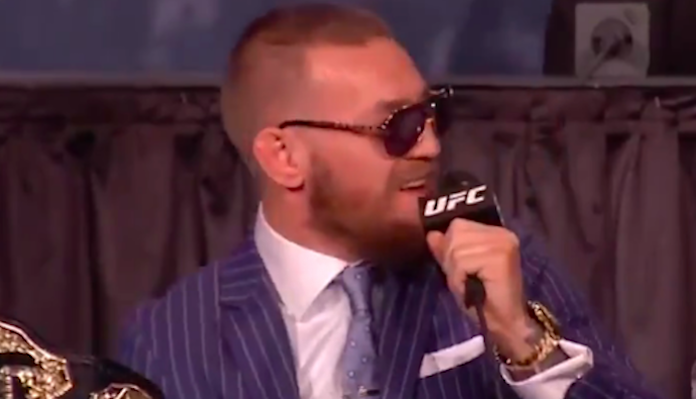 UFC superstar Conor McGregor highlighted the changes he’s made in his life over the last two years, saying it’s never too late to turn your life around.

It was two over years ago at UFC 223 when McGregor suffered through the lowest point of his MMA career when he threw a dolly through a bus window, which caused a chain reaction of negative effects. McGregor dealt with numerous legal issues outside the cage over the next year, not to mention a lopsided loss to Khabib Nurmagomedov at UFC 229 and a subsequent suspension from a post-fight brawl against his rival’s team. There’s no question that McGregor’s 2018 and 2019 years are ones that he wants to forget.

But two years later and McGregor has really turned things around. He knocked out Donald Cerrone in the main event of UFC 246 in what was a return to form for the former two-division UFC champ and has since become one of the most outspoken voices of the coronavirus pandemic in his native Ireland. While McGregor was not well-liked for a two-year stretch, he has really made strives and is as popular as he ever has been again.

Writing on his Instagram, McGregor explained how he made the changes in his life and how those who want to make a change can do so themselves.

Conor McGregor: I ordered all of my powers back to me and that order was followed. It is never to late to summon our powers and advance to higher ground. Never, ever too late! Whatever stage we are at. There is always higher power, and there is always higher ground. Good luck! The cover shot was taken backstage post my last bout. Thank you @fightersonlymag Hard work. Focus. Re dedication = Results!

What do you think about the personal transformation Conor McGregor has gone through the last two years?